This week Nevil Bounds talks to David Willrich, founder of DJW, and a well-known figure in the UK (and international) AV industry. DJW started out in 1986 as a consultancy business focused on museums and visitor parks. Today, the company’s portfolio includes hotels, museums, visitor parks and attractions. Recent DJW projects include the Museum of the Gateway Arch in St Louis, USA; the Qasr Al Hosn Fort in Abu Dhabi (pictured above) and the Strawberry Field Exhibition in Liverpool, UK. DJW also provided the award-winning immersive experiences at the iconic Titanic Belfast experience center in Northern Ireland.

Let's start by rewinding to 1985, when David Willrich was the AV manager at the UK’s National Motor Museum in Beaulieu, Hampshire, a pioneer in the attractions industry…

What made you start your own company? 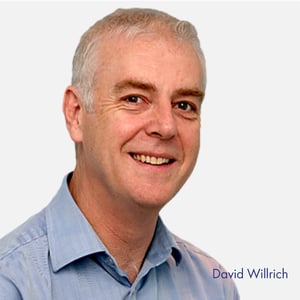 We’d just installed a big dark ride at the National Motor Museum which opened in 1985 called “Wheels” and I’d been heavily involved in the design process and the technology. After the thrill of bringing that to fruition, I couldn’t see myself sitting back and taking a care-and-maintenance role – I wanted to carry on creating new attractions and new installations.

I’d been at Beaulieu for almost 10 years and during that time the desire to get involved in projects at a top level, to create new displays and attractions steadily grew. That ignited the idea of setting up my own business. Another factor was that we are based in New Forest and I had no real desire to go live anywhere else other than the New Forest! Taking up the offers I received, or going to work for another company at that time, would have meant going to live in a city or near a city. There was only one option and that was to start up what became DJW.

What were the greatest challenges with setting up your business?

Anyone who starts their own business will know that there are just not enough hours in the day! At the beginning, you are doing everything yourself. By 1989, Josh Miller had joined the company – he's one of the directors – and we now have a multi-disciplinary team.

Striking out on your own also means you need to have a steady flow of projects. Fortunately, we had that right from the outset. Beaulieu still wanted my involvement in the museum which also made the transition easier in one sense. Funnily enough, we also started working with international projects almost straightaway. One of our first clients was Guinness World of Records Exhibitions, for which we provided consultancy advice and custom electronics for all their franchises around the world at that time. 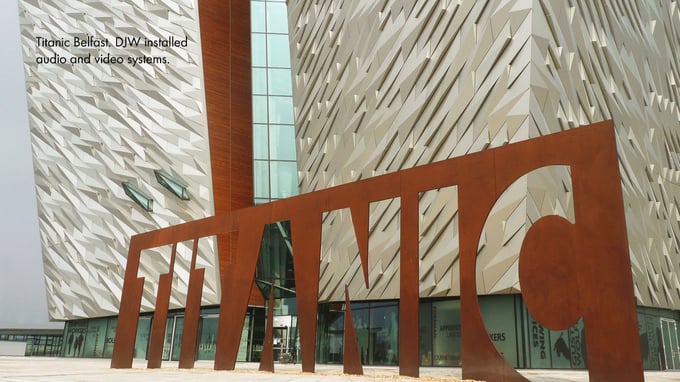 How important is the consultancy part of your business now?

When I started the company, I actually set out to be a consultant. It just seemed to be an awful lot easier, rather than lugging around a heavy toolbox and burning myself with a soldering iron! As it is, the integration side and the consultancy aspect have always gone hand-in-hand. We advise and design, but also provide custom-made solutions and integrated systems.

When we work on a project, we try to take a helicopter or holistic approach, as we believe that the technical aspects should all be integrated. We see ourselves as technically creative, which means not only installing or recommending technology, but having a full understanding of the production process and the creative requirements. I think it is important to note that the different disciplines are converging and your team needs to understand the design goals as well as the engineering aspects. 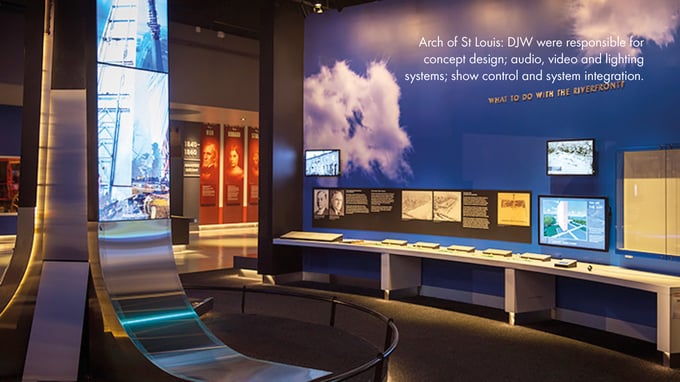 You were the president of TEA, Themed Entertainment Association, from 2016 to 2018. why did you get involved?

You can’t overstate the benefits of networking in the attractions industry. That’s one of the reasons that I got involved with the TEA, the Themed Entertainment Association, back in 1997. In those days, it was a very America-centric association but obviously encouraging overseas members to join, too. The association is for a broad group of professionals: scriptwriters, musicians, architects, basically anybody who is involved in creating a themed attraction. It’s an association of like-minded people, who come together to tell a story and create an experience.

TEA events are always interesting because you’ve got everybody from major organisations, to architects and designers who are then looking for theme contractors, script writers, AV companies, special effects, the whole lot! TEA has also developed its own conference program, too, called SATE which stands for Story + Architecture + Technology = Experience, and takes place in the US, Europe and Asia.

The TEA started thinking about how we reward and rate our work, and created its own awards scheme, the THEA awards. It’s become the industry’s Oscars with a huge gala every year in Anaheim and 16 awards for excellence. One of the most interesting ones we had a couple of years ago was a smaller museum in Estonia which was all about wood carvings, but the passion and the attention to detail was every bit as good as a top attraction. It’s nice that the TEA and the THEA awards scheme can reward every aspect of attractions and museum displays within the industry.

If you had to select A couple of highlights from your career so far, what would they be?

I have a real love for Beaulieu (The National Motor Museum) as the most consistent aspect of my career as both our landlord and oldest client! My favourite project was the Capitol Theatre at Fort Edmonton, Alberta.

But a chance meeting with Diane Disney Miller (Walt Disney’s daughter) is definitely one of the high spots of my professional life. We struck up a conversation at a TEA event after she discovered I'd been to Disneyland as a child back in the 60s. She related some amazing stories about how manic it was getting the Park open, including how the trees on Main Street died and her father told people to paint them green!

Inside a projection designer's mind
Interview: Piotr Majewski on events, challenges and creativity