Why AV industry production values are worth more than ever 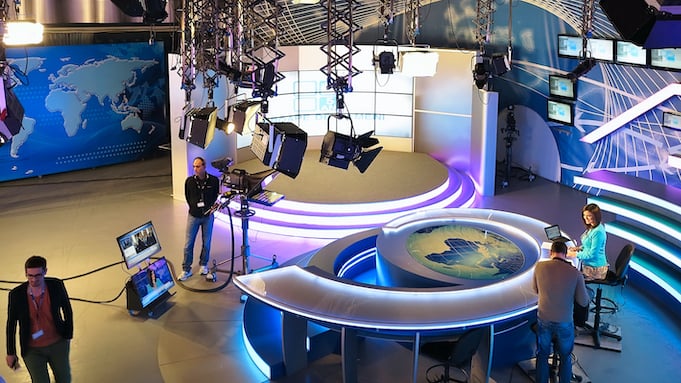 ‘Production values’ is a term often used to describe the skillsets that are employed by creative teams in video and television production. During the COVID-19 pandemic, broadcasters have had to find new ways of engaging with the viewer. But have these always been as successful as they could have been, and can they learn a thing or two from the excellence that AV rental and staging companies provide?

Straight after I left school in 1978, I started my career as a tape operator in a sound department for a well-known independent television company in the UK. At the time, they were one of the most innovative production houses around and went on to generate some incredible light entertainment content over many decades.

The professionalism and teamwork that I found there was very noticeable, and I learned a great deal while I was there. The keenness to share information and to help me do my job as well as I could was really palpable too.

All of the shows that I worked on were pre-recorded and there was always plenty of time given to rehearsing properly, both from a technical and an artistic point of view. Studio time was horrifically expensive but ‘getting it right’ always took precedence and this really did pay off in terms of how many takes it involved to perfect a scene.

A couple of years later I was working for an AV company that also had a rental and staging department. This was very much akin to the environment that I had just left in the TV studio; in fact, many of the people that I was working with had come from the broadcast industry and brought decades of experience with them.

I noticed the same level of professionalism and commitment to ‘doing things properly’ and to ensure that the final product was as good as it could possibly be.

"The rental and staging side of things was completely the opposite in that it was entirely live, and you only had one go at getting it right."

There were differences of course. Because the shows were all pre-recorded in the TV studio environment, there was an element of repeatability when we recorded different episodes of a series for example – or recording 4 quiz shows in one day using the same tried and tested format. The rental and staging side of things was completely the opposite in that it was entirely live, and you only had one go at getting it right. No retakes or ‘could we just’ moments here. The other differences were that we would break all of the equipment down afterwards and then head off home, usually via the local pub.

The advent of the COVID-19 pandemic has meant there have been very few live events. As the rental and staging folks will tell you, they have had to adapt to different ways of working, such as staging on-line and virtual meetings for clients. These platforms might not have been ideal in certain situations, but the shift has at least kept some of the industry going in terms of work and it has opened up new possibilities for some of their clients. The big bonus is that the rental and staging teams bring their skills, creativity, and their "one go at getting it right" professional approach, to these platforms, too.

Fast-forward to today at the start of 2021. I concede that have had more time on my hands that would normally be healthy, but it has given me a lot of thinking time to look at where I come from in the broadcast industry and where things currently stand. I have also been watching a lot of television.

"…satellite feeds, Zoom calls, down-the-line interviews from cities around the world – you name it. The challenges are immense"

Of course, the main difference for me is that I was not working in a live TV studio environment as I have previously mentioned. If something went wrong, we simply did a re-take until we got it right. Today’s 24-hour news world could not be more different; all kind of external sources being brought in a short notice whether that be satellite feeds, Zoom calls, down-the-line interviews from cities around the world – you name it. The challenges are immense, and I don’t underestimate them for a minute.

However, so many of the broadcasters are absolutely obsessed being ‘first’ with the breaking news stories. In fact, one company used to have the moniker of ‘Never Wrong For Long’ such was their desire to always have the story out there before anyone else. It was only later in the bulletin where someone would fact-check the story properly and then it would change to reflect a more accurate version of what had actually happened!

"How many more times do we have to see out-of-sync audio, robotic cameras in the studio having a mind of their own, massive audio delays on down-the-line interviews…"

But there are always multiple technical glitches as well. How many more times do we have to see out-of-sync audio, robotic cameras in the studio having a mind of their own, massive audio delays on down-the-line interviews when the interviewee is only 500 metres from the studio during an outside broadcast, spelling and grammatical errors with on-screen text and graphics, Zoom calls that should never have even started because the connection was so bad? I could go on. 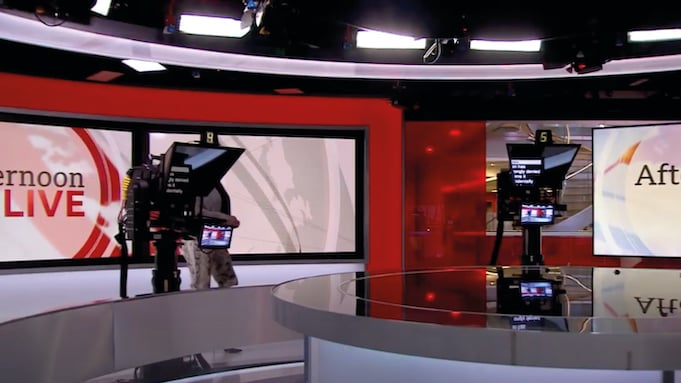 These kinds of errors were never seen nor deemed acceptable previously and I am really not sure why more is not made of these today.

My own feeling is that it is all about the haste and lack of rehearsal time, but it’s more than that actually. The broadcasters employ full time staff and freelance technicians that are just as professional today as their peers were 40 years ago. Their desire to make the output the best they possibly can has not changed. The equipment that they use has never been better and more reliable. So, what has happened?

Four decades ago, there were far fewer television channels therefore the competition for terrestrial output was much less. The internet was not yet invented, we did not have mobile devices nor satellite television and the plethora of different platforms simply did not exist.

There have been numerous calls for the broadcasters to become more relevant in their news output, because so many people under 40 years old just don’t use their TV as a medium for their news consumption and information. It is almost considered an ‘old’ medium in many households and I think this is where part of the problem lies.

Modernising the content and technical output of television can be challenging and careful thought has to be put into the design and realisation of these. I think it would be far better for the content providers and distribution platforms to take a long hard look at what they are trying to achieve.

Those who have worked or are working in the AV rental and staging business ‘get’ this and products like WATCHOUT really bring the best out of these live events. I am sure that many of my colleagues in the live event industry cringe when they see some of the embarrassing technical blunders that end up on their TV, but also think: ‘There but for the grace of God…’

AV rental and staging technicians are at their best when there are challenges to be overcome, but in my experience at least, they will always want to do it right rather than risk a big technical moment when trying to do something too flashy or clever. The broadcasters might want to have a think about that.