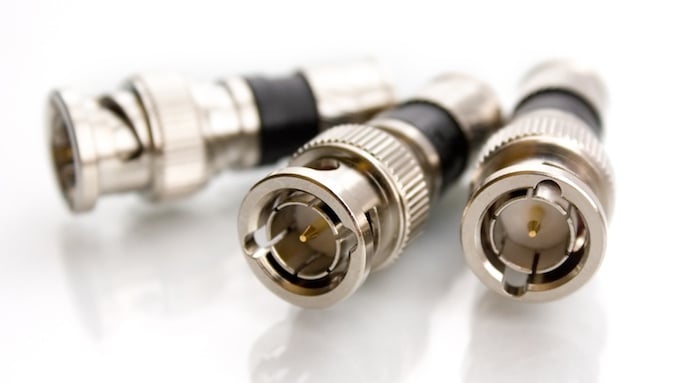 Serial Digital Interface (SDI) is a professional digital video interface standard that has been used since the early 90s. From its relatively humble beginnings to 8K support, here's what you need to know about SDI and its benefits compared to other interface standards!

The SDI (Serial Digital Interface) is a family of digital video interfaces (SDI, HD-SDI, 3G-SDI, 6G-SDI and 12G-SDI), that was first standardized in 1989 by SMPTE (The Society of Motion Picture and Television Engineers). The standard has been widely adopted by the broadcast industry, and is used for transmission of uncompressed, unencrypted digital video signals in TV studios and facilities. The SDI standard, however, is not limited to uncompressed content.

SDI and HD-SDI have traditionally only been available in professional video equipment, owing to licensing agreements that restricted use in semi-professional AV equipment, as well as consumer equipment.

As the world evolves, so has the SDI standard. Additional versions of the SDI standard have been developed to support continuously increased resolutions (HD, UHD, 4K, 8K), higher bitrates and more colors. The latest additions to the SDI family of interfaces made their debut in March 2015, where 6G-SDI and 12G-SDI standards were published.

What kind of SDI standards are there?

With the latest introduction of the standard, the Serial Digital Interface family consists of eight standards, ranging from the initial SD-SDI to the latest 12G-SDI standard. Here they are, with the corresponding standard name in brackets.

The 270 Mbit/s is by far the most widely used as it is the PAL/NTSC standard. The widescreen version of the standard was introduced later supporting bandwidths up to 360 Mbit/s.

ED-SDI (Enhanced Definition, SMPTE 344M)
The Enhanced Definition version of the SDI standard was developed to support progressive resolutions (576p) and not only interlaced variations of the NTSC/PAL standard. It allows bitrates up to 540 Mbit/s and a dual 270 Mbit/s implementation.

12G-SDI (SMPTE ST-2082)
The first version of the 12G-SDI standard was introduced simultaneously with the 6G-SDI interface in 2015. It was revised in 2018 (ST 2082-10:2018) and covers Standard Dynamic Range (SDR) and High Dynamic Range (HDR) Source image formats into single or multiplex 12G-SDI 10-bit interfaces. Owing to the higher bitrates allowed in the standard, 12G-SDI supports 4K 60 from a single link and 8K 30 from a dual.

Who manufactures 6G and 12G interfaces?

Several manufacturers have announced support of 12G SDI interfaces. One of these is Bluefish444 which has announced its KRONOS range of video, audio, and data processing I/O cards, supporting multi-channel 4K 60p, High Dynamic Range and High Frame Rate SDI. Blackmagic Design has the same in its Decklink series of capture cards. Deltacast has also announced its first 12G SDI card DELTA-12G-elp-h 1c which supports 1 x 12G SDI or 4 x 3G SDI channels – flexible as inputs or outputs. There are, of course, a lot of other manufacturers who also build 12G SDI solutions in addition to those mentioned above.

What makes SDI special, compared to other standards?

Cable lengths
Being able to distribute a video and audio signal over longer distances is one of the most prominent benefits of SDI. The different serial digital interface standards all use one or more coaxial cables with BNC connectors. Depending on cable quality (of course) you should be able to run a HD/3G-SDI signal over 100 meters (300 feet). This is unrivalled by any of the other standards such as HDMI, DVI or DisplayPort.

With optical fiber as the choice of transmission cable, you can send a high end 4K or 8K signal over impressively long distances.

Optical fiber support
Manufacturers are gearing up for the next generation 12G-SDI with several products already on the market – pushing the boundaries for what is expected for transmission speeds and distances. As an example, Blackmagic Design has introduced a converter named Teranex Mini, which has a built-in optical fiber connector. By using fiber, they claim you can push 12G-SDI UHD at 2160p60 up to 10,000 m (32,808 feet).

Physical connector
The different SDI standards use BNC connectors with coaxial cables. What are the benefits of a BNC connector, compared to its rivals?  One of the chief advantages is that the BNC connector is a close-fitting connection which is physically locked when attached. The male connector has a pin, fitting into the main wire, which is further secured in place with an external ring that locks in position.

On my TV set, two of four HDMI connectors are broken after just a few years. They were mounted on the side of the TV, and the pressure of the cable pushing down (gravity, you know!) caused two of the connectors to break – almost simultaneously.

Obviously, I should have fixed the cables to the back of the TV better, but… The HDMI cable has no physical lock. Both DVI (two screws) and DisplayPort connectors have a fixing mechanism, but BNC is by far superior. The DisplayPort is a great second, as the DVI connector pins get bent in many installations.

Uncompressed video and audio
Being able to transmit uncompressed video is not a game-changer as you can do that on the other video standards as well. But the SDI family also has the added advantage of offering embedded audio.

Embedded audio
Not all display standards support embedded audio. While HDMI and DisplayPort do, DVI does not. The HD and SD interfaces support 16 channels of embedded audio, and with the newer implementations of the standard such as the 3G SDI, the SMPTE ST 299-2:2010 extends the audio support in the 3G SDI interface to 32 audio channels (16 pairs) on a single link.

SDI has no HDCP
HDCP (High-bandwidth Digital Content Protection), is a security protocol to prevent copying of digital audio and video content as it travels across connections. It was developed by Intel Corporation, and connections such as DisplayPort, DVI and HDMI use it. The protection requires a handshake between the source device and the output device, which results in frequent problems (no signal, signal drops, etc) even in professional installations.

HD-SDI has no HDCP. As HDCP is also quite slow, SDI signal will respond faster while switching between sources.

Time-code
Last but not least as regards benefits, the SDI standard carries both the video signal and time code in one cable. Other interfaces, such as HDMI or DVI, have no time code support, while DisplayPort does.

What is the future of SDI?

With the 24G-SDI standard in development – which will support 8K, 120p resolution – there is no doubt that the SDI standard will be around for a long time. Having seen the first 8K projector (by Digital Projection) and how they ran 16 3G/HD-SDI cables into it for a single 8K feed – it’s obvious that we need to step up the race for higher resolutions. And SMPTE seems to have done just that by being close to publishing the 24G-SDI standard!