Video has never been better – make it work for you 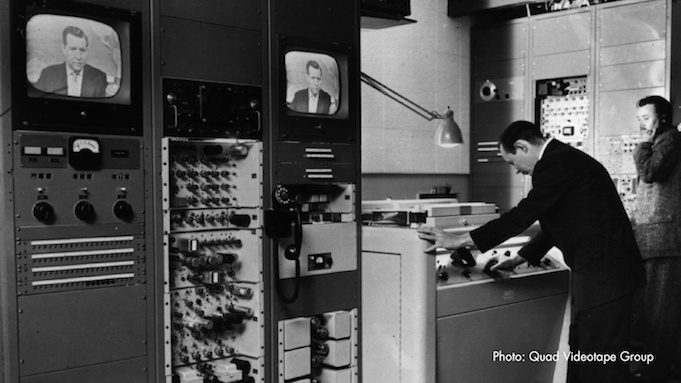 If you want to make an impact, the sky is the limit – literally in some cases! Industry-veteran Nevil Bounds talks about the effective use of video and how Dataton made a massive impact with WATCHOUT.

My first job was as a sound assistant for a UK independent television company just outside of London. This was in 1978 when there was a great deal of trade union regulation and my sound supervisor made it quite clear: ‘Nev, don’t even think of talking to those VT (videotape) guys in the staff restaurant; they’re way above your pay grade and are all a bit weird anyway!’

He was right on both counts as it turned out. But I liked ‘weird,’ even back then. The ability to do non-standard things with technology, especially video, really fascinated me and I wanted to find out more. Broadcast video technology was expensive, REALLY expensive and only the very wealthiest of television companies were able to afford the best equipment.

The technology back then was really clunky as well as being expensive. In the Broadcast world we were using 2” video tape machines that took up massive amounts of space and needed skilled engineers to keep them serviceable. In the AV world, the industry was trying to find ways of projecting video onto large screens in order to ultimately replace slide-projector systems. Slides were superb in many respects and many of us cut our teeth on them, but they did have their own limitations and challenges.

These original video projectors that were used in the conferencing world were incredibly heavy, unwieldy and unreliable. Many crews worked through the night to transport these things around and then trying to get a backup when the original unit failed. But that’s what we did. Our clients wanted this new technology for their car launch or their fashion show. All of us have horror stories to report and when I write my book one day, many of them will be in there!

Fast forward over 20 years to December 1999. I had been working for Dataton as their International Sales Manager in Sweden and had recently been posted back to the UK to take up a sales role with a systems integrator. We had sold a lot of Dataton PAX, SMARTPAX and TRAX products for the control of slide projectors, lighting and video equipment but we were asked to go to Stockholm for a new product launch. Exciting!

Unusually for the company, there was no publicity beforehand about this event. Only a selected number of people were invited, and I tried and tried to get the ‘inside track’ from my colleagues in Sweden; ‘you’ll just have to wait and see,’ came back the reply. Hmmm...

I duly arrived at the theatre venue to find many of my international colleagues there. It was like a reunion of slide/tape producers, integrators and media folks so I instantly felt as though I was in good company. No one else knew what was coming either, so I was even more intrigued. Everyone I spoke to thought that we were going to see a new version of TRAX, or a new SMARTPAX maybe – that kind of thing. We didn’t really know what the fuss was all about.

International Producer, Douglas Mesney gave a presentation. We all thought: ‘Wow, if they’ve got Doug over from the US, they must be serious!’

Then it happened. In a blaze of sound, light, smoke and video - WATCHOUT was launched. Wow, just wow! I have been to many product events over the years and many of them have been, well, a bit underwhelming if I am honest. This was completely different.

The audience could not believe how their soft-edge blending techniques that they had so successfully used in their slide projector world, could be applied to still images and video. Also, these were using compact DLP projectors and sensibly sized PC computers, not the behemoths that we used to lug around in vans and lorries across many country borders. Here was a suite of software and hardware that people were familiar with, and Dataton had somehow ‘glued’ it all together to give a brilliantly integrated solution.

The software was timeline-based. Well, we were already familiar with that from AVID Media Composer, Adobe After Effects and ProTools. We knew how to ‘drag and drop’ the media into the correct place and also how to manipulate it. This was very straight forward and software developer Mike Fahl had really thought it all through. This was looking very promising indeed!

By now, the theatre was buzzing. The questions came thick and fast for the Dataton team: ‘Can it do this, what about that, how can you make it do so and so?’ But this was Version 1.0 and although everyone was astounded with WATCHOUT’s functionality, they wanted more. More ‘big’ video, more timelines, more external control, more lighting and auxiliary interfaces. ‘It’s all coming in future releases’ said the company. But the audience had the bit between their teeth now. They were shouting out product improvements and suggestions like you would not believe. I just kept quiet and watched the atmosphere unfold in front of me.

The way video is used in WATCHOUT

Dataton have really set the standard with video manipulation across different types of displays, different technologies, different resolutions and different formats. We see the product used for projection mapping by specialists such as Ross Ashton of The Projection Studio, Gary Oldknow of Deep Visual and Bart Kresa of Bart Kresa Studio to name just a few.

We have seen massive product launches and conferences by companies such as Creative Technology, as well as very substantial permanent installations in museums and visitor centres by people such as DJW and Sysco.

Here we are in 2018 with WATCHOUT as the chosen media production tool for the range of many of the OLED and LED display walls. It almost doesn’t matter what the display technology is, Dataton have produced a product which is nearly 20 years old that continues to evolve and is always bang up-to-date.

Massive increases in computer processor power and graphics card functionality have enabled large-scale presentations to be carried out knowing that one is going to be getting the best out of their software. Curved images and green screen keying have become easy to achieve and this just adds a whole load of creative possibilities into the mix.

We’re not going to be short of display resolution in the future, that’s for sure. The price point for UHD and 4K origination is now more affordable than ever. For the aviation podcast that I help run I have invested in a Panasonic AG-UX180 camera and the results that I have been getting have been absolutely stunning.

From the very beginning, Dataton WATCHOUT was all about super-high resolution imagery and the ability to easily import and manipulate video and other forms of media. In my opinion, it has become the industry standard for this kind of work and there appears to be very little limitation in what you can achieve with the latest version of the software.

Being at the launch of WATCHOUT back in 1999 was a highly memorable event for me and many other of my industry colleagues too. That’s what video is all about as well – being memorable, having an impact and delivering that all-important ‘wow factor.’