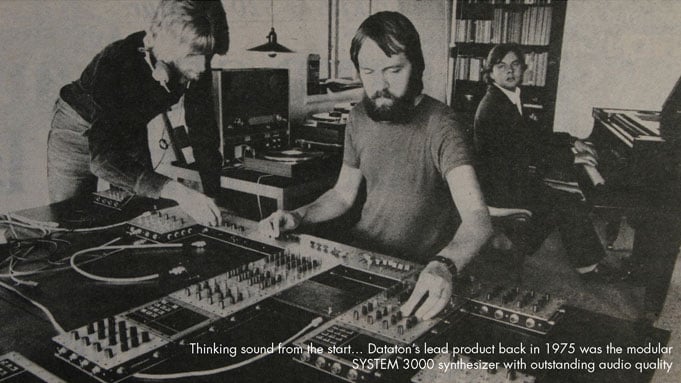 For some people it’s the main feature, for others it’s an afterthought. Industry-veteran Nevil Bounds sounds off on audio.

Ever since I was very young, probably about three or four years old, I have been fascinated by audio. The production of it, the mixing, the manipulation and finally the presentation of it. There is no doubt about it, well-produced audio makes a massive difference to any kind of performance – live or recorded.

One of the most common complaints with regards to audio is that it seems to come up short so often; whether it is the conference room phone, the video conference call, the product launch or the ‘multimedia presentation’ (as we used to call it) – there is always room for improvement in my opinion. Why is that and why are we left feeling that not enough attention has been paid to the audio?

Some people say to me that the most important thing to them is the quality of the image being shown and that the audio is merely an accompaniment to the visuals. I disagree. Audio can be extremely powerful in its own right and when used in conjunction with stunning imagery, the sum of both parts can be absolutely incredible. In tests, it has also been shown that when presented with exactly the same video content, an audience’s perception of video quality is higher when it is accompanied by good audio.

I’m a big fan of radio – both for the spoken word and music. There are no visuals to accompany what you are listening to and therefore the content and quality must be compelling. You are forced to use your imagination for methods of interpretation and that’s a powerful thing on its own. Everyone will interpret the performance somewhat differently, but the audio has to be excellent to begin with. Not just the technical quality, but the way that it is presented.

I believe it is also about leaving a lasting memory for your audience – something that really makes them listen intently and then enthuse about it afterwards. We can all probably think of at least one occasion that stuck in our minds.

Don’t underestimate the power of audio

My personal experience of this was back in the mid 1980s when an engineer in a recording studio in London played me the 24-track master tape of a well-known band (my favourite at the time) and it really did give me a tingle down my spine. The absolutely clarity of the recording, the transients of the strings and keyboards as well as the incredibly powerful vocals were so incredibly moving that I can still hear them in my head today. I had never heard audio quality like that before.

I am sure you have heard of the saying: ‘less is more’ and I certainly think that one could apply that phrase to certain types of audio. The ability to use audio in such a way that it makes you stop in your tracks, the use of pauses in the spoken word to provoke thought, and finding ingenious ways of creating sound are all examples of how forcing the listener to really listen is an effective way of communicating.

If you’re still not convinced about the power of audio, take any classic horror movie, mute the soundtrack and then put on some reggae/jazz (or whatever you relax to) in the background. I can guarantee that no matter how many sharks or zombies there are on screen, you won’t have that feeling of shock and terror that a good, menacing soundtrack can inspire.

Acoustics – could we have some nice ones?

Acoustically speaking, public spaces are always challenging from an audio point of view. I have worked in many museums and visitor centres where the reverberation times have been horrific and when there are many exhibits playing in proximity to each other. The cacophony of sound can be unbearable at times. Not pleasing in the slightest.

It can also be very difficult to reproduce good audio in meeting rooms. At the Integrated Systems Europe show in Amsterdam this year, I was on a panel discussion where we discussed audio in meeting spaces. Why is not enough attention being paid to audio? Oh, and lighting as well.

Trying to retro-fit acoustic treatments after the room has been built is never fully satisfactory but sometimes it is the only answer, because one was not ‘allowed’ to have the acoustics conversation at the design stage. The aesthetics of the building are important – and I am sure that everyone appreciates that – but we need to have much better engagement at the earliest possible stage of the construction if we are to add value to the proper acoustic design of the room. Sadly, we rarely do.

Lots of bang for the buck

Being the aviation geek that I am, in my spare time I co-host and produce a weekly commercial aviation podcast show. http://www.planetalkinguk.com

It’s become quite popular and we have just completed over 200 shows. We get around 2,500 downloads per show – which is not bad going – and we spend a great deal of time trying our very best to produce the best audio that our budget will allow us to do. And, nowadays, you don’t have to break the bank to get some great outcomes. There are many manufacturers out there that offer incredible value for money. If you choose the products carefully and learn some basic techniques, then it’s quite possible to get some really good results.

The way that we’re able to interface professional microphones and musical instruments to our computers by the use of low-cost USB interfaces really impresses me. These pieces of equipment use very high-quality analogue to digital converters and there’s none of the buzzing and popping that we used to get in previous incarnations. Really quite amazing.

Get up to speed on audio

When specifying different types of audio solutions it’s always good to look for courses and accreditations that are available. I would certainly recommend the AVIXA CTS course as a good starting point for not just audio but many things related to AV in general.

I would also suggest that talking to some other industry professionals such as Roland Hemming who offers independent and expert advice on so many aspects of this subject of audio.

Audio is a great medium for communicating if it’s done well and in 2018 we have some of the best products available to us for doing just that. Whether you’re producing audio for your media server rig with WATCHOUT or whatever your method of production, always spend just that little bit more time on the audio side of things.

Believe me, your audience will thank you for it.