Taking control of your AV, video and lighting environments 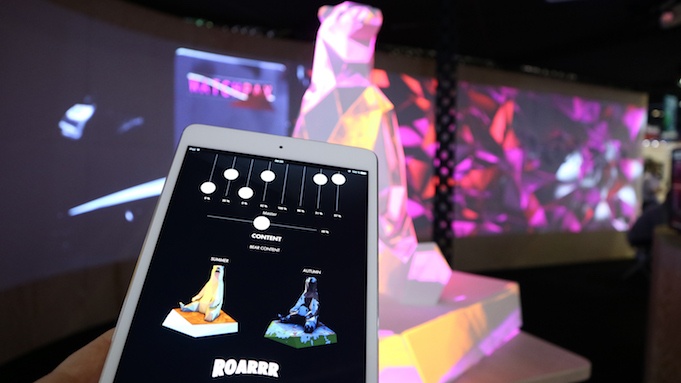 Control systems have evolved incredibly over the last 40 years or so, but how do you get the best out of them and make them really effective?

Why do we need control systems

Well, actually, you don’t! But they are more than just ‘nice to have’ items; they are an integral part of the way so many things work these days. Whether it is a conference room, a video conferencing application, live events, pyrotechnics, museums or visitor centres.

In the consumer and professional world, it started with the need for a central point of control for all of the AV devices that were connected to a system, so that there was a single point of user interface rather than several. A great idea you might think. And it was. When I was first involved with these systems back in the early 1980s, I was amazed by the capability that was being offered. Refined it was certainly not and over the last few decades manufacturers and control system programmers have tried to offer easier, more quickly deployable solutions in order to overcome the complexities of some these systems.

We have all seen them, haven’t we? The touch panel controller that says ‘HDMI Input 3’ or ‘RGBHV Input 6’ on it and expecting the inexperienced user to know what that means. Out of all of the problems that one can have with a control system, I would be as bold to say that over 80% of the problems are caused by incorrect user operation that has been exacerbated by poor user interface design and layout. Why is this? I have been speaking to a number of my programming colleagues from the AV industry and many of them agree. The design, layout and programming of the GUI has not been planned early enough in the project, for all sorts of reasons, but it happens. Under these circumstances, the result is always sub-optimal to say the least. All of them said that they insist on having GUI development and design right at the start of the project, so that the end user can be involved from day one.

Simplicity of operation has to be the overall target here. It will save so many helpdesk calls and call-outs from integrators and manufacturers if the usability of the system is as straightforward as possible.

In the early days of control, one often had to reboot systems that failed during operation. It was almost a given actually. An acceptable price of this technology if you like. Imagine if you had to reboot your washing machine every five days because the microprocessor had locked up or was becoming unreliable?

Today, we are using incredibly complex systems that offer very high levels of dependability. IP based systems have become the norm and whilst there is often a lot of work to do at the configuration and set-up phase, the in-service reliability is impressive.

I have always been a great fan of John Huntington’s work. The way that he explains the architecture of systems from the ground up is a joy to read and highly relevant. (Show Networks and Control Systems, a must-read for show control!)

As is so often the case, the operation of everything in the system can be very straightforward – if sufficient planning is put in at the design stage. Too often though, for many operational reasons, this phase is rushed and leads to an unsatisfactory conclusion or multiple revisits from the integrator.

When we talk about control systems, we nearly always make reference to AV products as they are what is mostly being controlled. Over the last 15 years of so there has been a much greater interest in the integration of pieces of hardware and software that are not necessarily AV-related.

Integrating with building management systems, air conditioning, fire alarms and lighting systems are now very much part of the requirement of the system integrator and programmer. Clients want the ability to have as much control as possible over the entire environment and this is certainly now possible to achieve.

In the world of live events, there are many different kinds of interface that are required in order to have a central point of control. Lighting desks, sound desks, pyrotechnics and motorised systems can all be connected to a time-line based system for example, offering repeatable and reliable operation.

No matter how simple one engineers a control system, it’s always worth speaking to professionals that carry out this work for a living. Either a good AV systems integrator or a specialist control system company. db Show Control & Automation are one such company that offer their design and build services to clients all over the world for this kind of work.

When it comes to planning control systems, no two designs are the same and it’s really important to ensure that you are designing specifically for the use that you intend. Too often I have seen systems that have massive amounts of complexity but they fail to deliver the very thing that you want.

Even though the goal is simplicity, there are many different types of control possibilities and each scenario can be evaluated on its own merit. Smartphones and app development offer enormous potential for the right situation, but, then again, a simple mechanical push-button option might be better in some cases.

Whatever your control solution, it has to be usable and reliable. My recommendation would be to talk to the professionals about how they can help you do that. The talent pool out there is enormous!

Picture is from InfoComm 2017. It shows the WATCHNET application used for control of projection mapping presets, overall lighting and sound as used at the Dataton booth. Design by MOOV