Out of all the newer technologies that have been developed over the last 20 years, large screen LED displays surely rank among the most fascinating and influential across many market areas. Nevil Bounds shines a light on the success story of LED displays.

How did it start and why?

Getting a ‘big picture’ in the rental/staging business, the corporate and trade show world has always been challenging and often very expensive. We have had technology such as multi-image slide projection, high output slide projection, video projection and laser projection. (The latter sometimes requiring a 3-phase mains supply and 45 liters of water cooling per minute.) Every rental company in the world has a story to tell about these technologies – not all of them complimentary!

This 1977 model was monochrome by design with the efficient Blue LED not making its entrance for another decade. But this was very much in the TV environment, aimed at replacing the cathode ray tube design and not something that would be suitable for very large screen applications. That would require a completely different approach; something that could be ‘tiled’ in such a way that you could have whatever size and aspect ratio you wished.

Sporting events were among the first large-scale operators to seek out the benefits of using LED screens at their venues. Whether it was athletics, Formula 1, horse racing, Wimbledon or the baseball finals – the operators and promotors of these events had to find a way of attracting more people to them. The usual complaint being: ‘Well, we can see it all much better on the TV at home.’ Actually, very true in many cases.

When the first-generation LED screens were rolled out for use at these venues, the quality was barely adequate in my opinion. But somehow that didn’t seem to matter to the public. They could see their favorite sporting hero and all of the action without having to resort to squinting into the distance or to ask their neighbor: ‘did he score?’

Advertising during natural breaks in proceedings became a massive revenue-earning opportunity, even with this early technology and it didn’t take long for the commercial aspect to become a very important part of the mix.

Over the past decade, LED screens have moved from the wish list to become de rigeur at music concerts and festivals. They enhance the atmosphere and add a great deal of value to fans’ experience – they can be flown or you can have mobile screens for stage side, as well as having additional screens to drive engagement away from the stage if required.

The fact that LED screens can also provide entertainment and promotional opportunities between acts has been one of the driving forces behind this technology. The intensity of the displays really means you are able to engage with the audience.

The video content provided by bands was always key to a great experience, whether it was live cameras or pre-recorded segments. When you go to a concert or festival today, you are not just attending for the music – it’s the whole experience and high quality video is a vital part of that. 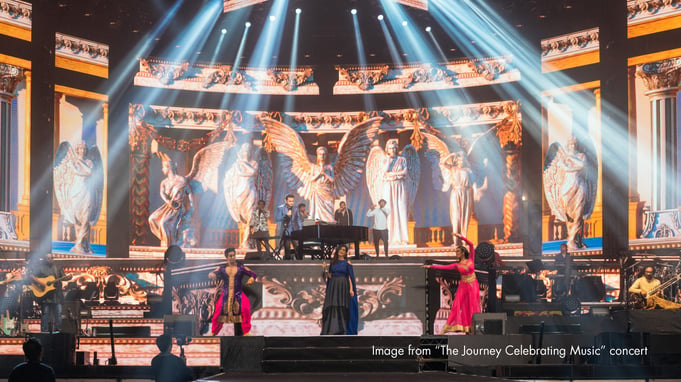 Well, yes it is. Or more accurately, LED has a massively high contrast ratio which you would kind of expect, I guess. But can it be too much?

It’s not just about the actual light output of LED, but the ‘pitch’ of the LED tiles (which is measured in millimeters) and you’ll find that the outdoor solutions are very different from the indoor ones. They have to be as they are being used for completely different applications in vastly different ambient lighting and color temperatures.

In the simplest of explanations, the pixel pitch is the distance from the center of an LED cluster (or pixel) to the center of the next LED cluster/pixel. Pixel pitch typically ranges from 0.9mm for indoor applications up to 10mm for outdoor venues.

Visitors to both the ISE and InfoComm shows will not be able to avoid seeing these screens, both as tiled systems or as part of a videowall display. In fact, a lot of people have mentioned about the brightness and the heat that these systems generate in such a confined space – it can be a bit much when you have many manufacturers competing in the same footfall area.

This is an area which has really surprised me. Looking back just five years or so, I could never have believed that this technology – which was perfectly optimized for those large-scale public sporting and festival events – would find its way into the boardroom, or into smaller exhibition and trade show spaces. (Talking of trade shows, take a look at this really fun application with dancing screens from the IFA show).

Fine-pitch LED screen technology (0.9mm to 1.5mm for example) is now perfectly useable in the high end corporate environments with all of the video processing ability that you could ever need. The quality that is available is outstanding and, in many cases, you have to ‘turn it down a bit.’ Many systems operate at only 50% brightness as that is all that’s required for the optimum result.

One of the challenges that remains is the mechanical structure and fit of these systems into a client’s facility. It is not always straightforward and it’s always worth getting the advice of a structural engineer to ensure a completely safe installation with the appropriate weight loadings and distribution. Lots of Method Statements and Health & Safety here and you absolutely cannot be without this aspect of the project.

A bit of "gotcha"

One of the great challenges that a photographer or camera operator faces while shooting an LED screen is the moiré effect. Many people want to be able to use high quality photography to show off their LED screen installation or to be able to have an HD or UHD camera pointing at the stage with the screen as a backdrop.

The long and short of moiré is that it is visual deformation due to overlapping lines. Lay any mesh on top of another at a slight angle and you'll see it – wavy and irritating. 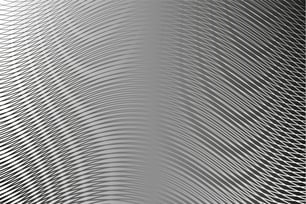 Don't despair, there are ways to counter the on-camera moiré effect with LED screens. For example, you can soften the focus on the screen itself by focusing on something else, if at all possible. Other tricks of the trade include employing a diffusion lens or filter, to soften the entire image and knock out moiré, or simply standing your subject in front of the LED screen. The focus is pulled to the subject and the LED background stays… in the background.

The future is very bright, literally. It is inevitable that we will start to see much more of the sub 1mm pitch products being demonstrated and launched by all of the manufacturers. Although the price points for this type of technology will be high initially, there is no reason to believe that we won’t see the same proportional price reduction that has been applied to the LCD and LED display products that have graced the exhibition and corporate spaces over the past two decades.