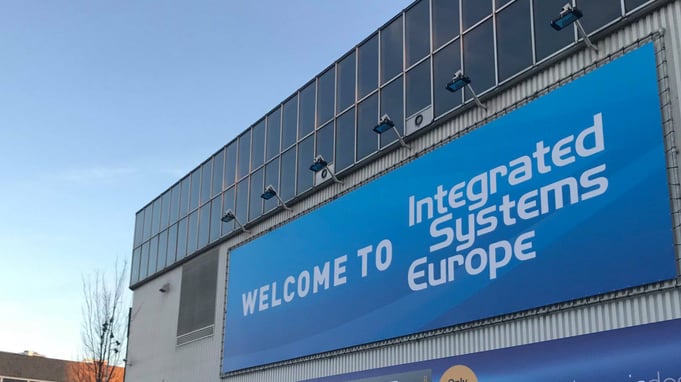 The Integrated Systems Europe show is in its penultimate year at the Amsterdam RAI venue. It is expected to attract over 1,300 exhibitors and 80,000 attendees. How has this event gone from strength to strength and successfully covered such a wide variety of topics? Nevil Bounds has attended every ISE since the 2004 launch and shares his top 10 tips for making the most of your visit to ISE!

Yes, I was there. In fact, I have not missed an ISE show since it began in 2004 at the Palexpo in Geneva, Switzerland.  Back then it had 120 exhibitors and 3,500 visitors. Actually, pretty reasonable considering that this was the first show of its kind.

It was not without its challenges for me though. I was working for a manufacturer at the time and we were used to completing carnet documentation for the temporary export of goods, which we had to do as it was in Switzerland of course. The lady that would normally complete this documentation back at our office was ill and wasn’t able to participate in this task. Not a problem one would have thought.

The job of completing the carnet, getting it stamped by our local Chamber of Commerce and all of the rather important information such as serial numbers was left to the team that were going to ISE. Inevitably, it didn’t go well. We had a lot of product that was pre-production, didn’t have serial numbers, last minute changes of equipment, duplication, omissions you name it. It was delayed getting to Geneva because of this and therefore made the booth set-up a little more ‘sporty’ than it might usually have been...

Notwithstanding all of this, it was a great show although the cost of getting there was pretty high (this was before such an extensive low-cost airline network was available) not to mention the hotel and meal costs were pretty pricey as well. Well, it is Geneva after all!

From one hall to fifteen

When a trade show grows to the extent that ISE has, people occasionally question its value. Quotes such as: ‘The show’s too big now’ and ‘I can’t/won’t make the time to go’ I have heard previously. That’s come from a few exhibitors and visitors alike.

I would disagree strongly with this as I have always found it an excellent show from the networking point of view alone. It is THE place to go to find out more, to be educated, to talk one-to-one with the manufacturers and to join in with many events that take place when the show has finished each day, and in fact even before the main exhibition begins on the Tuesday.

Mike Blackman is the Managing Director of the ISE show and during the 2018 event he said:

‘ISE is the global destination for the AV industry where the show is no longer just a reflection of what’s happening in the industry. We’re helping to influence the direction of the industry itself.’

I think Mike sums it up pretty neatly there. Many solutions that are found today in the commercial and residential world started life at ISE, maybe in one of those ‘secret’ rooms behind manufacturers’ booth where one has to sign a non-disclosure agreement. 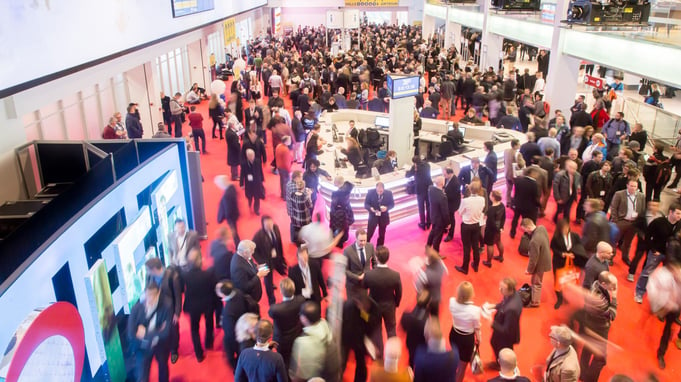 What makes ISE so successful?

I have always thought that apart from the obvious pre-requisite factors of venue, location and cost the main ingredients have to be overall value and relevance.

In today’s world of professional AV, there are few secrets. Back in the 80s we would have ‘trade only’ shows where only manufacturers and systems integrators took part with the end user somewhat excluded from the events.

Today, it could not be more different. Manufacturers want to engage directly with the end user community and this is vital as their spending power and influence is substantial and should not be overlooked. ISE has made this a perfect networking interface between the two groups and I think this is where the true value comes from.

Because ISE is a joint venture between AVIXA and CEDIA, you have a fusion of the professional and residential markets all in one place. The ability to see consumer products finding their way into the professional sector and vice versa. This is an aspect of the show that I find particularly useful.

Apart from the show itself, education and seminars form a large part of the programme of events. This has brought a lot of benefit to those who want to better themselves in terms of qualification and certification and there are an incredible number of events that are being held throughout the ISE week at the RAI. 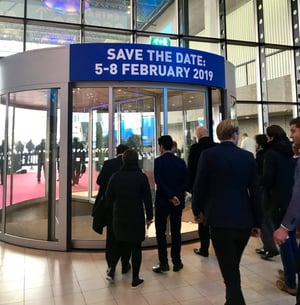 There are always new trends emerging at ISE, some of which make it into the mainstream and some of which don’t. 2019 looks like being the year when Augmented Reality (AR) and Artificial Intelligence (AI) start to play into our industry in a much bigger way then ever before.

In fact, Tupac Martir is to give a closing keynote at ISE 2019. AV magazine says that:

‘Martir is the founder of Satore Studio, a London-based multidisciplinary design and creative production group with clients as wide-ranging as BMW, Ralph Lauren, Elton John, Beyoncé and the British Museum. He describes himself as “someone who’s very ‘techy’, someone who’s very artsy, someone that’s trying to play with new technologies on a regular basis”.

In his presentation he will explain and demonstrate how the Satore Studio team uses technology to create unforgettable live events – such as the Closing Keynote at a major international AV trade show.’

I'm looking forward to hearing what Tupac has to say about the blending of these emerging technologies into our world of professional AV.

Top 10 tips to get the best out of your visit

So how to make the most of being at this gigantic industry event? Based on years of experience, my own and other people's mistakes, I have compiled 10 tips to help you avoid some common ISE pitfalls:

Lastly…enjoy your visit. See you in Amsterdam!