ISE London: Stepping back on to the trade show floor

Face-to-face meetings at exhibitions have been impossible over the last 16 months or so, but with Integrated Systems Europe keen to find a way of restarting trade show engagement, it was fascinating to exhibit at the London show on 23-24 June 2021. It was not without its challenges, but it brought friends and colleagues together that had been physically separated for a long time.

Make no mistake, this was never going to be a ‘normal’ ISE show and visitor numbers could be measured in their hundreds rather than over 81,000 in 2019. There were 20 exhibition booths as opposed to 1,300 companies in the same year. More of an ISE village than a city, one might say.

The venue was Evolution London an interesting and versatile space that housed all the exhibitors and the main stage. Most booths were shell scheme based and that was one of the main differentiators between this show and a regular ISE; usually the larger firms would have their own custom designed and manufactured ones.

"Make no mistake, this was never going to be a ‘normal’ ISE show and visitor numbers could be measured in their hundreds rather than 81,000 in 2019."

There was quite a negative response to the location of the venue with many people saying that it was difficult to find and that some of the public transport was not located nearby. Certainly, some of that was true. I took my car as I had equipment to load in and out of the show – all I can say is: don’t rely on the GPS! There are many entrances to Battersea Park where the venue is located and most of them were closed by barriers. The local police were helpful in explaining my geography failing, and at least the weather was nice, so an extra couple of laps around the park was no bad thing.

The ‘get-in’ was slightly unusual for the exhibitors in that the loading area was really well managed and there was excellent accessibility. There were also copious amounts of bonhomie from all of the exhibitors. After all, not only was this the first outing in nearly 18 months for many, but it was also the chance to meet industry colleagues that they had not seen for a long time. That was a very palpable feeling during the Tuesday afternoon of the build-up.

There were the usual delays of waiting for power for the booths, but as this was a much smaller show this was not as critical as normal; it also gave the opportunity for the exhibitors to chat to each other in person. How about THAT for a concept?

On the booth that I was working on, we had a fairly simple set up of product demonstrations and we were all finished by around 5pm, a far cry from some of the marathon builds of previous years.

Frankly, I was not sure what to expect. In the weeks leading up to the show, many of my industry colleagues had said that they weren't planning on attending. In fact, they nearly all did and maybe that was out of a need to have face-to-face conversations again, as well as to just see what the experience was going to offer. The various social media channels played a big part in encouraging people to attend and perhaps it was the feeling of missing out had they not done so.

On Wednesday, the show started at 09.30 and almost immediately people started to pour into the exhibition area. It was not a deluge by any means, but it was a steady flow of people that I recognised. I say recognised - more of that later…

By around 11.30 things were getting busy and our booth was well attended up until around 2pm when people started to dissipate. The main stage was always busy with various presentations and interviews taking place; having this in the centre of the exhibition booths really helped in maintaining the atmosphere when there were fewer people on the stand.

"One of the obvious things was how many people had changed employment over the last year or so, or were out of work – another consequence of the pandemic."

Things petered out a little during the afternoon until 6pm when there was a networking drinks event at the Eve O’Lution bar located near the entrance of the show. This was a great opportunity to catch up with colleagues and to have some long-overdue conversations and laughs. One of the obvious things was how many people had changed employment over the last year or so, or in fact were out of work – another consequence of the pandemic.

Thursday was very much like Wednesday, but with a slower start. The main peak of the attendance was between 11.30 and 2pm again, with a minor rush at around 3.30pm, just before the show ended. The breakdown and load-out of the show was easy and straightforward – most people had their booths cleared by around 5.30pm.

We have all been used to wearing face coverings in public spaces for quite a while now; although not always comfortable, most people accept the awkwardness for short periods of time.

However, I think that coming into the next main ISE show in Barcelona in February 2022, the local Government and the organisers are going to have to find a way of operating the environment without face masks. As an exhibitor, wearing these for 8 hours a day is stifling and the same will apply for visitors in my opinion.

Of course, many countries are already very used to this way of life, but I think that this is going to be quite a negative for most people involved in the show.

One other revelation that I don’t think anyone thought about in the build-up to the London show and I certainly didn’t, is the lack of facial recognition when one is wearing a face covering.

I have to say that this made for some very awkward moments when I didn’t recognise someone, but they recognised me and vice versa. Name badges do work, but our primary source of recognition is a visual one and that begins with someone’s face.

"One other revelation that I don’t think anyone thought about in the build-up to the London show and I certainly didn’t, is the lack of facial recognition when one is wearing a face covering."

This was a real barrier at times – both metaphorically and literally – and I was really surprised how much this supressed the spontaneity of the initial contact and greeting with a visitor. I am also hoping by February 2022 that the world is in a much better place as far as the pandemic is concerned, but as has been shown recently, there is no room for complacency, and it is just not possible to predict what variant we are going to see next and how effective the vaccines will be.

That said, for me an exhibition environment is all about product demonstrations and networking. I think that we must find a way to do business in a genuine face-to-face way – even accepting that there might still be some social distancing required.

One other aspect of seeing people at the London show was the considerable awkwardness of what the physical greeting should be. Some people shook hands, others fist pumped, and elbow bumped – none of this is very comfortable at all and it was even more awkward when a customer on our booth wanted to shake hands, but we had to dissuade him from doing so. I found that part particularly challenging.

WAS IT WORTH IT?

Most definitely yes. I am very pleased that the firm I work for exhibited and it gave us all the opportunity to meet our customers and potential future ones.

"I was really surprised about the number of people that simply had not had any face-to-face meetings since March 2019 and that this was their first ‘outing’ as it were."

I was really surprised about the number of people that simply had not had any face-to-face meetings since March 2019 and that this was their first ‘outing’ as it were. 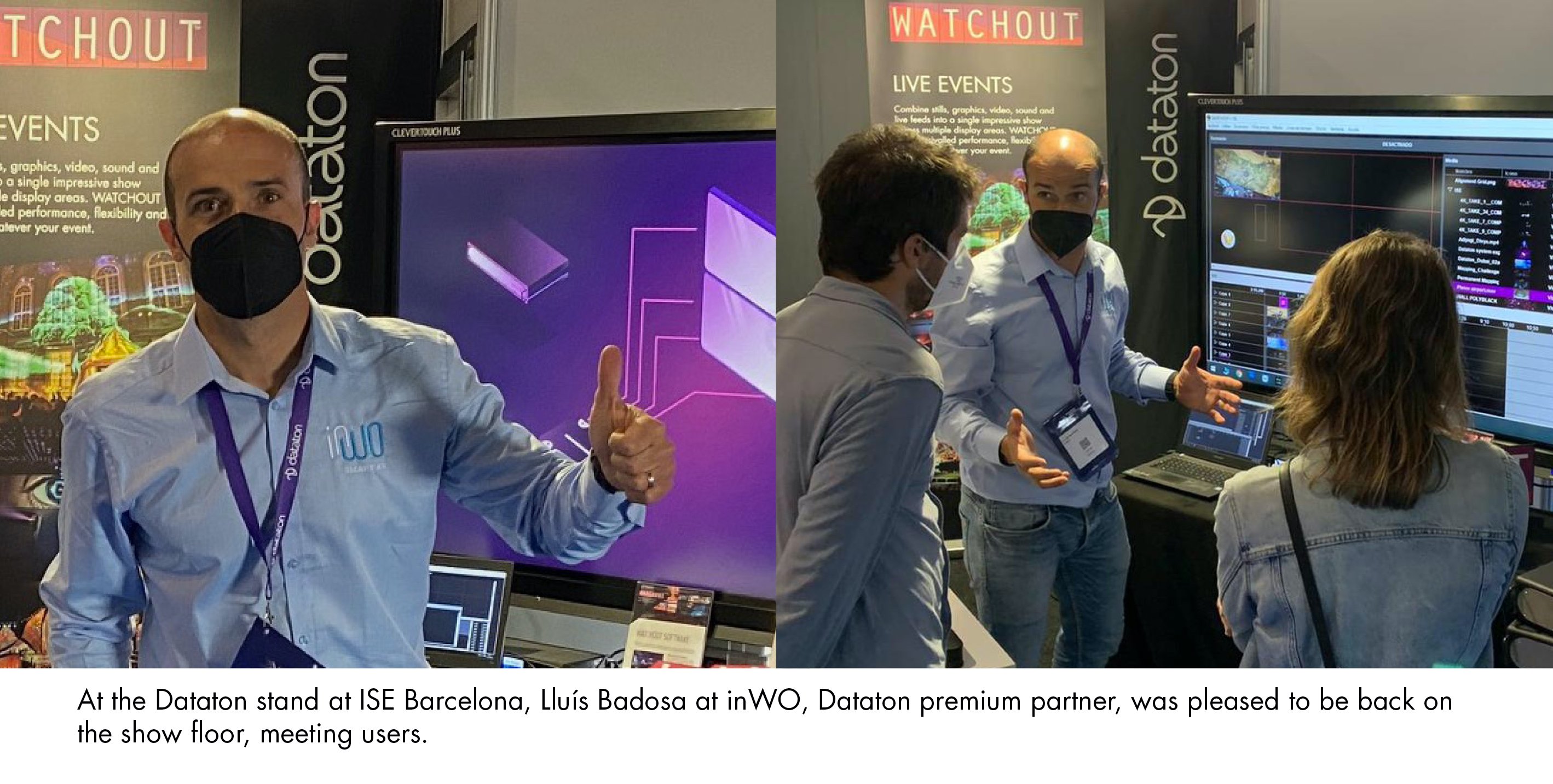 There were not huge amounts of products on show from most exhibitors but that was easily outweighed by the amount of networking opportunities that presented themselves. The ability for industry colleagues to mingle and engage once again was rewarding. The lack of end-users was disappointing, but many that I have been speaking to during the lockdown phases said that their firms were not going to allow them to attend trade shows until September 2021.

Personally, I think that the organisers of ISE did a very good job with this show under challenging circumstances and that at least it was the start of people coming back together again. Of the people that I spoke to there, that was the biggest takeaway from the event and one that will hopefully be the catalyst for a fantastic ISE 2022 in Barcelona.