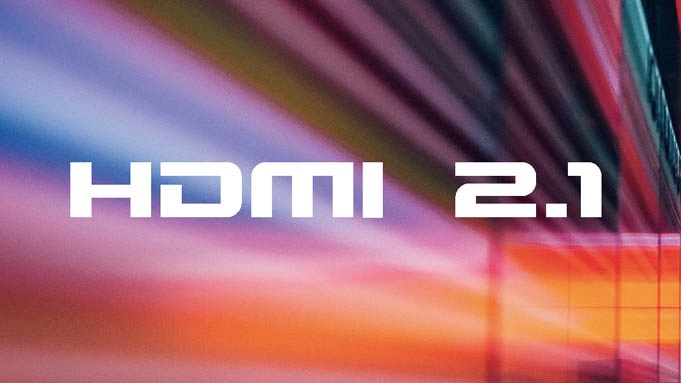 With the recent announcement of version 2.1 of HDMI (High-Definition Multimedia Interface), it’s high time to consider the implications for the AV industry. Resolutions up to 10K, high and variable frame rates, dynamic HDR and improved audio – let's take a look at what the new HDMI 2.1 standard will bring.

HDMI is a connector and cable designed for transmitting high-quality and high-bandwidth streams of audio and video between devices, such as projectors, TVs, game consoles or computer monitors. HDMI is a proprietary interface, and was founded by Hitachi, Panasonic, Philips, Silicon Image, Sony, Thomson, RCA and Toshiba.

Will my old display or player become obsolete?

No, not at all. Version 2.1 of the HDMI specification is backwards compatible with earlier versions. Just imagine connecting your obsolete DVD player to your shiny new 8K TV in the future!

Do I need a new cable?

Yes. With so much more bandwidth needed to support higher resolution, higher frame rates and lower latency with the Quick Frame Transport (QFT) features, the requirement has moved from 18Gbps (HDMI 2.0) to 48Gbps (HDMI 2.1) and you need a new cable. More specifically, you’ll need an Ultra High Speed HDMI cable.

Note: Neither the size or the physical connection type of the HDMI cable has changed, which means Ultra High Speed HDMI cables will fit old devices.

Can I upgrade my old HDMI units to HDMI 2.1?

No. Um. Yes. According to Jeff Park, Director of Technology at HDMI LA, there are premium chips sold that can be firmware upgraded, but they are very expensive and rarely used by manufacturers. So, in theory, yes, but in real life, there’s only a very small chance that your display device will have that chipset included.

HDMI 2.1 supports resolutions up to 10K. The standard includes resolutions and fast refresh rates such as 8K@60Hz and 4K@120Hz. The 10K resolution (10240 × 4320) is not a traditional TV or cinema standard, and will be used in the commercial AV industry.

Higher frame rates will have a major impact, creating smooth, fast-action detail video playback. That’s ideal for gamers, but also high-end installations, such as planetariums, massive display walls for industrial visualization, as well as video walls, will benefit from high frame rates. The refresh rate features in HDMI 2.1 include:

HDR (High Dynamic Range) is one of the developments in the display industry that will mean a major step forward in picture quality. The term originates from photography, and is a technique to increase the dynamic range of a photo, i.e., the contrast between the brightest whites and the darkest blacks. In addition to the increased contrast, the HDR standard also encompasses a wide color gamut bringing more colors to the screen.

HDMI had ARC (Audio Return Channel), but was limited when it came to audio playback quality (compression) and the number of supported sound channels (often only stereo). With eARC, it is possible to get uncompressed, full-resolution audio over HDMI 2.1 connections. This will have a big impact on system design: now you can connect everything audio directly to the display device, enabling all audio and video in a single HDMI cable.

In the press release from the HDMI Forum, they underline that the HDMI 2.1 Compliance Test Specification (CTS) will be published in stages during Q1-Q3 2018, and HDMI adopters will be notified when it is available. We're waiting with bated breath for the first devices to hit the market!