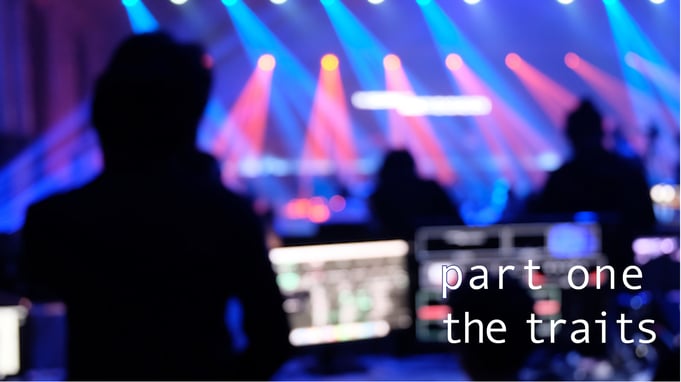 Have you considered becoming a professional media server operator or user, but aren't sure which skills you need? After meeting with many keen students and fledgeling operators over the years at trade shows and in the classroom, I posed the question below to a Facebook group of Media Server Professionals and asked for their thoughts on the matter. This article is the first of two, presenting their valuable recommendations.

“Dear fellow Media Server Professionals, I am writing an article about things you should know or learn as a fresh media server operator. Like a small best-practice guide, both on soft skills and hardware to know.

I would highly appreciate your input on this. What would an experienced professional like yourself say to a newbie?”

I was not surprised by the level of helpfulness in the media server community, but I was admittedly amazed by the sheer volume of responses.

Here's an overview of what I will cover in this article. In a later post, I will tackle the technical stuff. And, because the feedback was so overwhelming and many topics deserve more than a few short sentences, don’t be surprised if there’s a more comprehensive eBook on the subject available at a later date!

Before we dig into it, I want to provide a quote from Alex Oliszewski (Professor of Media Design for Live Performance and Installation at The Ohio State University):

"The goal of learning all the technical stuff (drop frames, this box vs. that one), is in service of becoming an artist. You are a part of the show. You are performing."

This is a very important aspect of being a media server professional/operator. You are present for a reason – that reason is not to make you shine, but to make the show/install shine!

When it comes to personal traits, one way to say it is “Be polite, friendly and professional”, or, less subtly, “Don’t be a jerk!”

Never promise something that you can’t deliver. Consistently over-promising and under-delivering are surefire ways of ensuring that your media server professional career ends up short.

Being able to learn and listen is of course crucial (as in any industry). I can agree on a comment made on the forum: “Most people in the industry are happy to have enthusiastic, hard-working youngsters on the team and are happy to help/teach.”

Learn to focus (how to be the go-to person)

If you want to be a successful operator and the go-to person, it’s smart to focus on one or, maximum, two media servers. Learning numerous media servers requires years of experience; it is better to know everything about a couple of systems rather than being so-so on many. Don’t be a jack of all trades, master of none!

And taking a class does not make you a master. You are not a formula 1 driver because you got your driver’s license and took an advanced driving course. Beware of taking on those fabulous beasts of shows unless you know that you have the skills and experience to handle them.

Before you decide which media server(s) to learn, take time to examine the differences between them. Some have very specific purposes and features, while other are more generalist tools. Some media server systems can be bought as a software only, others only as hardware servers, or a combination. Some systems work on Mac while others on Windows only.

You should also of course look at the market size and availability for the different media servers. Perhaps a new, fancy system with all the bells and whistles is not the best (even if the system itself might be the best) choice, compared to becoming an operator for a system that is frequently deployed and has a big market already.

Learn to say no

The art of saying no applies not only in client communication, but with your own team or crew (see separate section). There are many ways to say “no”, and some of them are perhaps better than others.

If you have worked in a live environment, whether it is a small corporate event or a music gig, you will already have been exposed to requests for last-minute changes. If not, trust me, you will soon.

You need to be able to respond calmly, but firmly, and preferably also explain why this last-minute change is not possible. “If I do this, what do you want me NOT to do?”

Some people simply don’t take no for an answer, and this is when you should not lose your cool. You do not want to put the entire show at risk for a last-minute change. But don’t be a tyrant about it either. If the change is minor and does not impact anything – say yes! Make a new friend.

Suggestions from team members should, of course, be considered carefully before making any decisions. Even here it is OK to say no if you are in charge and do not feel comfortable with the changes suggested. On a corporate event I did some years back, a co-worker suggested a few improvements for the sound setup (yes, last minute) and I agreed. Since he was very skilled and the suggestion made sense, I said yes. Regretfully. It caused havoc the rest of the day with constant problems.

Preparation is key! Test and prepare as much as possible up front. If you know there are features or things you do not master fully – make a refresher before you go to the gig. Test your gear before you go. Bring spares. When you get more experienced, you know what components that fail more often than others, and you will build your own kit. It can also be wise to be prepared for things outside your realm of responsibility. Even if you don’t own cabling on the gig, having a few spares, a decimator and a test pattern generator can do magic.

Or as a tip from one group member said – learn how to do miracles. Famous downhill skier Ingemar Stenmark once said: “I do not know anything about luck. But the more I train, the luckier I get.” If you prepare and practice, you will perform miracles. 😀

If you are curious about which tools to bring, take a look at a couple of previous blog posts:

There. Will. Be. Problems.I can guarantee that you will run into some problems on almost every gig. But how you handle them is what will set you apart from the crowd of media server professionals.

Learn how to troubleshoot. Find a method to the madness. Don’t lose your head even if show start is in five minutes. Losing your cool has never helped anyone.

Be systematic. If you have no output on one channel, start eliminating potential culprits one at a time. If you make a bunch of changes, you won’t know which one was causing the issue. Or, even worse, you could be just exacerbating the problem.

Your magic kit of tools will also come in handy for troubleshooting.

Communicate with the client

Communicating with the client is a very important aspect of the job as a media server professional. Being able to fully understand the client’s needs and expectations is key. If you know what is expected of you, you can also communicate your concerns and challenges – expectation management goes both ways.

Communicate with the team and crew

There is no I in TEAM (well it is, see the great illustration). You are part of a team and should learn to communicate with the team and crew around you. Once you have your part of the job done, lend a hand to your fellow team members – regardless of whether you know them or not (if you are freelance hired for one or few gigs). Nobody likes a zombie sitting immersed in Facebook or whatever. Pull the cables, push flight cases, help build the LED, hold the wrench – do something! 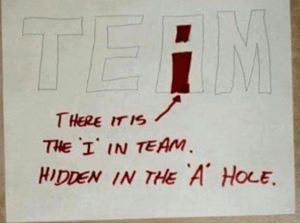 And have respect for the other disciplines. Remember that the fat, old and grumpy bloke on your team might have been doing live events or gigs when you were still pining for more legos (apologies if you still are).

Did you mess up something? Were you wrong? Learn to say the words “I am sorry” or find another way to apologise. Take responsibility for your actions and own up to your mistakes.

Another tip from the forum was to try to communicate with the developers of the media servers directly. This can be done at trade shows or other big events. By attending product training (almost all manufacturers of media servers host these), you can get connected to the development team or at least somebody close to it. By communicating with the developers, you may get access to beta programs or other programs that would bring you closer to the source of origin.

How to be a professional

GQ magazine has an article about "How to be a professional" and while I recommend reading the whole piece, here's my take on the main points:

Be polite, friendly and professional. Listen and learn. It should not be too hard. I think. 😜

Big thanks to the following people from the Media Server Professionals group who helped with the people skills part of the blog!