From comfort zone to collaboration

Technology is an ever-changing world of improvements and concepts. But how can you capture a client’s enthusiasm for implementing these innovations? Nevil Bounds looks at the role of client, integrator and manufacturer in embracing change. 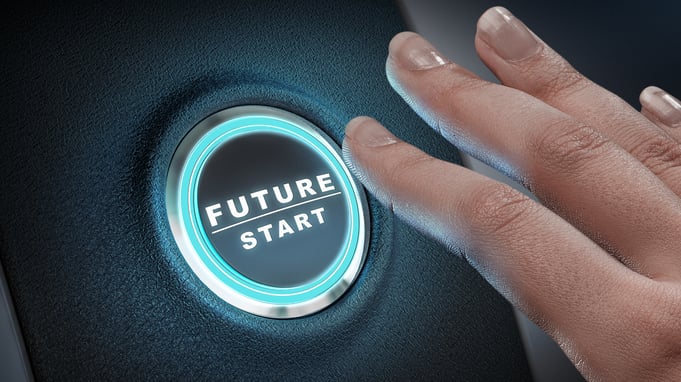 Ever since I started selling AV products and solutions, I’ve seen it as my mission to offer clients the ‘best in class’ wherever I could. It’s not always an easy proposal with the constantly changing vista of offerings, but I’ve endeavoured to research what the market had to offer and then to make sure that I really understood the concept proposed by a vendor.

In my 40 or so years in the industry, I’ve seen how vendors have sometimes been very keen to bring products to market a little too quickly because of commercial pressures or other factors. It’s understandable of course, and it often leads to product improvements and upgrades further down the line, but the downside is some unreliability and complexity in the early stages of introduction.

Timescales are always difficult to predict and, back in the day, it seems we always had more time to fully think through all the technical and operational scenarios. Fast-forward to the early part of the 21st century and the pressure on timescales was immense. There was never enough time to properly develop the solutions that would bring long-term benefits as well as a clear upgrade path for future developments.

Knowing when to take a vendor’s promises with a pinch of salt, weighing up the pros and cons of a nascent technology and then advising the client duly, were all skills that AV sales & integration teams honed over the years.

Things change. Over the last few years I have worked with several clients who are far more interested in the ‘pilot’ or the ‘proof of concept’ ideas. These offer the opportunity for vendors to try out new solutions in real environments while obtaining user buy-in for functionality, interface and reliability – especially important in the Bring Your Own Device (BYOD) world in which we now operate.

One client said to me: “Nev, we want to go ‘bleeding edge’ with this part of the project and we’re not that concerned if it’s a failure or we have to rethink how we go about implementing it.” Bold words indeed. Career altering possibly, but this was a refreshing change from anything I’d heard previously!

Wikipedia describes bleeding-edge technology as a category of technologies so new that they could have a high risk of being unreliable and lead adopters may incur greater expense to make use of them. The phrase was formed as an allusion to the similar terms “leading edge” and “cutting edge”. It tends to imply even greater advancement, albeit at an increased risk, owing to the unreliability of the software or hardware. The first documented example of the term dates to early 1983, when an unnamed banking executive used it in reference to Storage Technology Corporation or StorageTek (better known as STC).

Frankly, I have always found this a great way to select the right solution, but rarely have I found a client willing to work with me on it! When this client voiced it, I pricked up my ears. Here was a client who was willing to work with me in partnership knowing that there was a risk of failure, but recognizing the incredible benefits if it were to be successful. I think that vendors appreciate this honest approach as well.

“It is not the strongest of the species that survives, nor the most intelligent that survives. It is the one that is the most adaptable to change” — Charles Darwin (1809–1882).

Adaptability is a vital part of the AV world and, in general, the industry has achieved a lot here. Where we, as integrators, have sometimes come up short is in getting this concept of change across to our clients – the very people who would be buying our products and solutions. With the large number of trade shows that we all attend, we are in a perfect place to do this, helping our clients with new ideas and a fresh approach to many things previously difficult to grasp.

Some manufacturers have taken the bull by the horn and deliberately chosen disruption as a path to promote change. One product that comes to mind is Barco ClickShare. I went to the launch in Brussels in April 2012 and there was considerable hype before the event itself. The word on the street was that this would be a real game-changer in wireless communication between your device and a display. 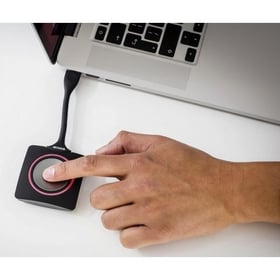 At the time, I don’t think I fully appreciated the significance of this product launch. I knew that there were some quite large technical hurdles to jump over for their R&D teams, but the execution of the product and the subsequent revisions have revolutionized the way that we connect our devices in the presentation world.

Over five years on from this event, there are many more manufacturers who now have a grasp on this sector. But it was Barco that started it all by believing that they could bring a product to market that would be so disruptive that we just take the concept for granted now.

The Barco ClickShare product range and its competitors have offered new ways of working with the end-user client. Barco went to great lengths to gather market intelligence, finding out what these users wanted and how to bring security and reliability into their existing, and new, installations.

Client feedback and their part in technology change

In recent years, I've noticed far more engagement from vendors as they seek to increase the amount of dialogue with their potential clients. Manufacturers seem to be more involved in market research regarding what clients want from their technology. It should be obvious really, shouldn’t it?

With so much end-user business being part of a global roll-out program these days, interfacing with some of the global delivery partners, such as the Global Presence Alliance, has been vital in reaching out to managers responsible for multiple sites around the globe. Standardization, repeatability and scalability is everything to this client sector. The GPA plays an important role in helping customers realize their challenges and minimize the all too often painful process of trying to maintain a massive portfolio of AV equipment across a vast corporate campus.

I am not saying for one moment that I have all of the solutions - far from it! But it’s essential that we take constructive feedback onboard and then help clients develop new solutions to old and new problems. Without this, there can be neither incremental progression and iteration, nor the massive leap forward that bleeding-edge clients aspire to. It is a question of ‘when’ and ‘how’, rather than ‘if.’