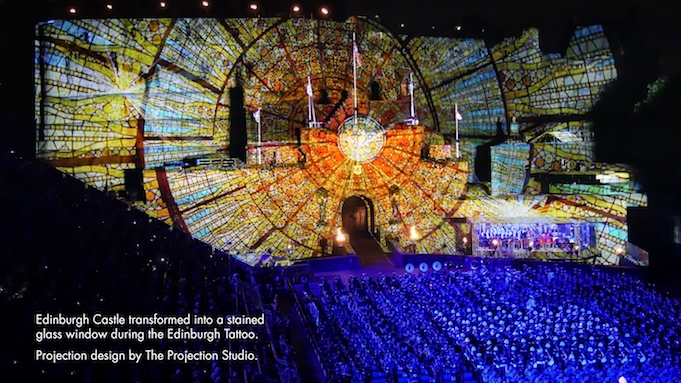 From static object to captivating experience

At its very simplest, projection mapping is the art of making multiple projectors work together on a surface to create amazing visual displays. By playing video, animation or graphics off different shapes and textures, the practice creates a captivating experience of light and movement over previously static objects.

Mapping has a long history but has experienced a surge in popularity and accessibility in recent years. It's used in a wide range of applications – from projecting colour and design onto cars in an auto showroom or elevating product at an international trade show, to providing an ambient backdrop synchronous with the beat of an EDM concert or the atmosphere at a sports stadium. Most commonly, we see the technology being used to transform entire building façades or public spaces into art on a vast scale.

The essential tools for projection mapping are self-evidently a series of powerful projectors and software (like WATCHOUT) which maps the coordinates of objects in relation to the projectors, aligns multiple projections together and controls all the hardware. The XYZ orientation, position, and lens specification of the projector are used to determine a virtual scene. Opaque templates can be used to ‘mask’ the exact shapes and positions of the different elements of the geometry or space of projection. Bringing 3D models straight into the software helps creators design and visualise more complex projection mapping shows.

Advances in high-lumens and high-resolution projection technology – up to 8K and beyond – and increasingly sophisticated software have driven the creative possibilities of the technique. Crucially, reductions in price mean the technology has moved from the budgets of a rarefied few into the hands of any venue owner, advertising brand, design agency or live event specialist.

Disney is credited with pioneering the use of projection on three dimensional objects in its Haunted Mansion display at Disneyland in 1969. Two decades later it patented a system for digitally painting an image onto ‘a contoured, three-dimensional object.

By the late 1990s the technique, then called Spatial Augmented Reality, was the subject of academic research into futuristic office environments. The definition*, according to Henry Fuchs, Ramesh Raskar and Greg Welch, was: "In Spatially Augmented Reality (SAR), the user’s physical environment is augmented with images that are integrated directly in the user’s environment, not simply in their visual field. For example, the images could be projected onto real objects, using digital light projectors, or embedded directly in the environment with flat panel displays."

Jump forward to the early 00s and artists like Oliver Bimber began to explore its potential for superimposing images onto paintings. Video projection-mapping gained wider prominence through guerrilla advertising and has subsequently become a staple of campaigns for the world’s largest brands in major cities across the world. 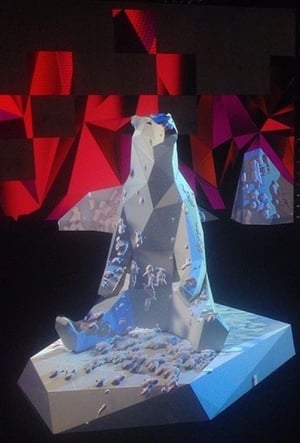 Mapping can be loosely split into two kinds: on 2D where you projection map flat surfaces such as screens, walls, ceiling and floors to amplify the event space, or on 3D objects, often curved, cornered, or otherwise irregularly shaped (like the mapped polar bear shown opposite), to create interactive displays. Especially the latter is capable of creating mind-bending effects through warping content around geometry with a control software, letting images take on physical form.

Mapping requires edge-blending to ensure a seamless effect. Geometry correction and blending multiple projectors seamlessly on a complex surface can be a tedious and time-consuming task. Using an automated camera projection alignment system can save time and energy for both initial calibration and recalibration.

Mapping content to an object comes with its own set of technical, creative and budget challenges. But as many artists and marketers have realised, it adds extra dimensions, enhances ambience, reinforces messages or simply creates the ‘Wow’ factor which leaves an audience breathless and taking away a positive impression of brand image. Even better, content, themes and branding created for projection mapping make an event portable, completely customisable – in any space – and unique. Any object can be specifically created for the sole purpose of being projected on – a feat where the only limit is the imagination. Just take a look at Shogyo Mujo, developed by BARTKRESA studio and Josh Harker, as an example.

Creative and skilled use of projection mapping delivers far more memorable impressions than traditional forms of media and renders the world around us as a digital canvas.