What is NDI® (Network Device Interface)? 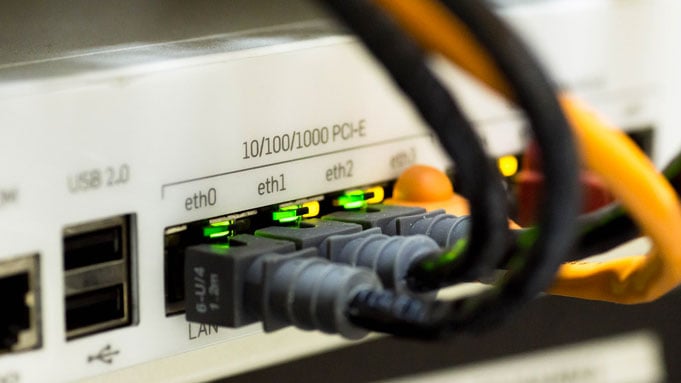 NDI® (Network Device Interface) is a free protocol for Video over IP, developed by NewTek. It is designed to allow distribution of live professional video over existing IP infrastructure, freeing users from hardware constraints and gives the benefits of reduced cost and deployment time.

This document will cover the following topics:

NDI stands for Network Device Interface and is developed by NewTek. NewTek announced NDI in 2015, and the protocol was made available for public use early 2016. In 2017, the 3rd version of the protocol was released, adding multicast support, a high efficiency mode called NDI-HX and other features.

In 2019 NDI 4.0 with new features and improvements that made NDI® faster and more efficient, but also the announcement that Newtek were acquired by the Vizrt Group and that NewTek and NDI were split into two companies.

In 2021, NDI released version 5, which included a number of important features, including the ability to record unlimited video sources for frame-accurate multi-camera editing.

What kind of NDI-supported equipment is available?

NDI is supported by a wide range of manufacturers and developers of both hardware and software. As it benefits any network-connected video device and software, you find video mixers, graphics systems, capture cards, and many other production devices with NDI support. Here are a few of the major ones:

At the bottom of the article you will find a more comprehensive list.

The required bandwidth for NDI transmission will vary, depending on resolution and frame rate.  The NDI encoding algorithm itself is resolution and frame-rate independent, and supports resolutions up to 4K and beyond. With its high-end performance over standard GigE networks, it makes it possible to transition facilities to an incredibly versatile IP video production pipeline without negating existing investments in SDI cameras and infrastructure, or costly new high-speed network infrastructures.

How efficient is NDI in video compression?

NDI uses compression to enable transmission of video streams in the network. According to NewTek, NDI is one of the most efficient codecs in existence:

“NDI achieves significantly better compression than the majority of codecs that have been accepted for professional broadcast use. On a typical, modern Intel-based i7 processor, the codec is able to compress a 1920x1080 video signal at 250 frames per second using a single core.

The peak signal-to-noise ratio (PSNR) of the NDI codec exceeds 70dB for typical video content. Uniquely, and importantly, NDI is the first ever codec to provide multi-generational stability. This means that once a video signal is compressed, there is no further loss.

NDI has a technical latency of 16 video scan lines, although in practice, most implementations would be one field of latency.”

NDI compresses the video streams so that the NDI video streams are distributed through the network at a ratio 15:1 to an uncompressed video of the same format. The following is an estimate of bandwidth load per NDI video stream for common delivery formats, and is taken from the NewTek documentation “Adding NDI to your network”:

NDI supports all resolutions, frame rates and video streams, with and without alpha channel.The most common implementations are expected to utilize 8-bit UYVY and RGBA video, however support for 10-bit and 16-bit is available. The internal pipeline of the codec is maintained entirely at 16-bit or better.

How do you add NDI to your network?

NDI works on standard IP based networks, where the requirements to make specialized configuration is close to zero. This is because the NDI-enabled devices behave like any other device connected to the network.

While the NDI integration is designed to be as painless as possible, there are some important elements to know what NDI does. The following part is taken from the NewTek documentation “Adding NDI to your network”: