The technologies that are changing entertainment… and us 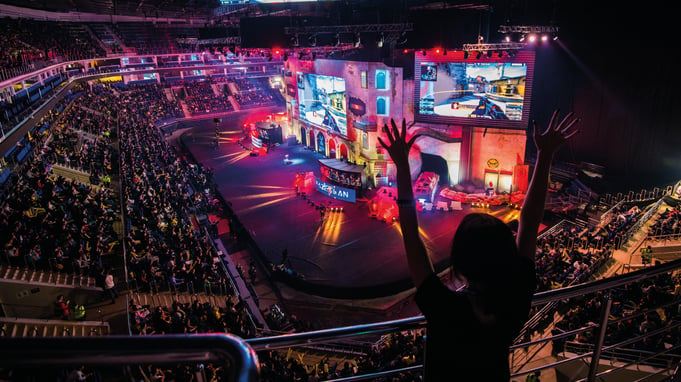 I recently was involved in a TMall event in Beijing. TMall is like the Amazon of China. They produced an entire live event and entertainment spectacular promoting a collection of clothing and makeup brands. They had Jaden Smith performing for G-Star, a famous Chinese singer/dancer named Zhang Lay performing for Mac Cosmetics among other well known celebrities and influencers representing global brands.

There was a live audience there but they were not the focus. The target audience was those watching the event via live stream. The people attending were actually irrelevant. Background decoration. All the video shot for the event was done with the knowledge that the majority of China were going to watch this on their cell phone. Hence all the focus was on the portrait camera shot to play to the smartphone audience. At one point there were 4 million people watching this live.

Arena entertainment with the physical audience not the target. The content was generated for the smartphone audience, swaying away from the traditional cinema landscape ratio. These kind of events are changing how we present and view entertainment.


Companies are using machine learning to design and show advertisements based on what it learns people like online. We know that personalized content is given to you based on the data of your activity and behaviour. This is very obvious on Facebook, Instagram and other social media platforms. Now the entertainment industry is embracing AI.

In 2016, IBM trained an AI system on 100 horror movies. They taught it to analyze scenes based on visual, audio and scene composition elements. Once the machine understood the process, it was given a new horror film Morgan, to review and recommend 10 moments for the trailer. It pulled 6 minutes of footage from the movie based on what it learned was appropriate for a trailer. This process was done in 24 hours. A normal movie trailer takes weeks to complete.

AI is evolving entertainment by understanding what you want to see and generating content accordingly.

For those who didn’t grow up gaming, this can be a hard concept to wrap your head around but many people flock to theatres and arenas now to watch people play video games. Correct that. Watch expert gamers play video games. You can find on YouTube recorded games of people navigating their way through a variety of Esports or even more traditional adventure games. This is considered entertainment. Don’t think so? Put a kid under 10 in front of that for 5 minutes and watch them be entranced.

What the younger generation consider entertainment is changing the landscape of what is produced.

The different realities that have emerged over the past years have not secured their long term presence but it is a space to watch. We all watched people go crazy over Pokemon Go as people went out on the streets to catch the little characters on their phone. But this craze sizzled out fairly quickly.

Coachella tried some augmented reality at their 2018 concert by creating a virtual Easter egg hunt but not many other concert producers have picked up the trend yet.

Virtual reality. People can now go on virtual reality experiences in theme parks but many participants still get a little nauseous from the immersiveness of it.

There is also much debate in the industry about people putting VR goggles on for an experience. Enjoyment is most prevalent when shared as a family or with a group. Once you place a VR headset on, you are cut off from the world and the experience is a solo one.

Mixed realities are physical and digital objects existing in the same space. This seems to be the current way forward in generating popular well-visited experiences (as the industry works furiously in the background to perfect VR). The theme park, museum and event industries are working their way through identifying successful executions of utilizing technology in this manner.

So LED technology has already swept through the lighting industry and that’s no big surprise. But now large scale arenas across the globe are upgrading their arena from old school metal halide or sodium floodlights to LED lighting. What does this mean? It means that instead of a 20 minute stadium lighting warm up, light control in massive spaces is instant.

This opens up a myriad of possibilities to make a sporting event more of an entertainment spectacle.

(Or should I say Esports?) This already has been well executed in ice hockey stadiums where the ice provides a wonderful projection mapping surface to get the crowd pumped before the event and provides all kinds of landscapes for advertising, entertainment and branding to occur. It is only a matter of time before projection mapping on football fields is not just an Olympic Opening Ceremony event.

While we are on football fields and LED technology, we must acknowledge the transition from lamp-based projection to laser phosphor and RGB laser. These long lasting, low maintenance new technologies paired with auto-alignment software and flexible playback systems allow a full projection system (with the right set up) to be in the hands of general technicians instead of specialists. Projection-mapping is something that is going to become easier to install and run. A more common and accessible entertainment solution.

There are so many layers of interactivity it’s hard to summarize in a paragraph. Again, stemming from the gaming industry in which, in a single game you can lead yourself down a number of different paths; this kind of interaction and participation by the user is something that is becoming expected in the live entertainment arena too.

Download this App! Participate in creating art on an installation through your smartphone! Vote for your favourite Britain’s Got Talent contestant!

More and more audiences want to be involved in the entertainment, not just viewing it as a spectator. Entertainment companies are musing over how to engage audiences in an interactive manner as part of their budgets and business plans.

Overall, it is an exciting time to be in entertainment. We are all working to embrace the new technologies emerging and developing daily. As technology is evolving, so are we as humans. Faster than ever. Our habits, our demand for instant entertainment satisfaction, what we want to watch, what we expect from a live performance and how we want to participate.

The formula for a successful show has been thrown out the window. Winning in entertainment is now anybody’s game. The tools are in everyone’s hands and success is not dependent on the technology you use or the money you have. It comes down to the one thing that entertainment has always been based on:

How well do you tell your story and who do you want to listen?

This contribution was previously published on TheatreArtLife, a platform for live entertainment industry professionals to connect and network with each other. Find out more at www.theatreartlife.com!

More blogs you might like:
LED: From display niche to leader in large screen visualization
Interview: Piotr Majewski in events, challenges and creativity
Five technology watersheds 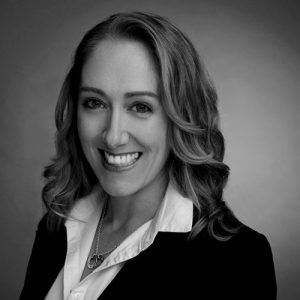 Anna Robb is Co-Founder and Managing Director for TheatreArtLife. Anna has been working professionally in the live entertainment industry for over 18 years. Originally from Australia, Anna has worked in multiple live entertainment genres all over the world and lived on four continents.