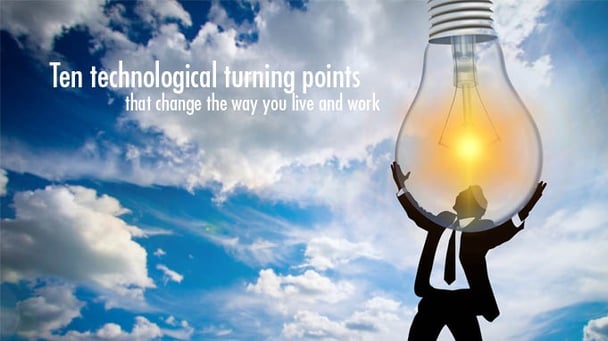 How will the next technological turning points change your life? Will more happen in the next 3 years than the previous 300?

The development of technology over the past 3oo years can be summarized with 3 major turning points that occurred a century apart. Right now, we have 10 major technological turning points with much bigger force individually than the 3 big ones combined. They’re happening simultaneously and not with years in between – but months.

Top 3 developments over the last 300 years

Top 10 list for new technologies that will change our lives

Are we on the verge of an exponential technology development, unlike anything anyone has ever experienced - as Google's Raymond Kurzweil claims?

A few years back, the ten technologies above were considered science fiction, but they are happening – and fast. The above list is not complete and may be expanded with things like new energy sources, battery technologies and more – one thing is for sure, we live in exciting, fast-changing times.

Will Musk succeed in taking us to the stars? What do you think? What other revolutionary technologies should be on the list?

Jan Sollid Storehaug has 30 years of experience as head of Norwegian and international IT enterprises. Jan is a popular speaker on digitization and technologies that change everyday life and work. He also acts as mentor for executives, focusing on digitization threats and opportunities for business.