Get Inspired! Light & Mapping festivals around the world 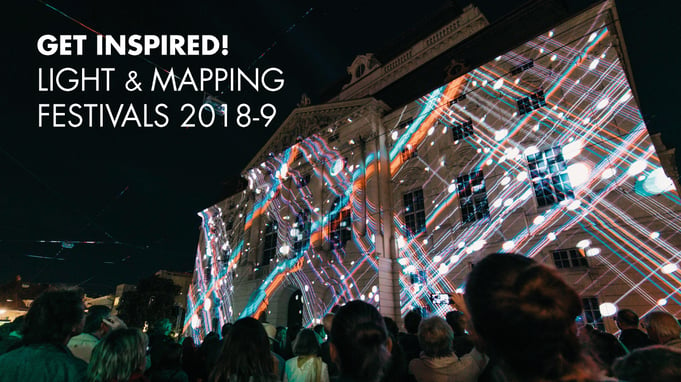 Light festivals have their roots in religious and cultural beliefs, as people celebrated the end of the darkest time of the year and the return of lighter, longer days. Nowadays, festivals are often synonymous with artistry on a grand scale, showcasing innovative lighting sculptures, contemporary music and stunning projection-mapping on architectural icons. As the nights draw in (at least here in Scandinavia), why not immerse yourself in the outdoor magic of a light festival and get inspired?

OK, we're starting with an event that is not actually a festival, but a community with some amazing light and projection artworks so it's in the list anyway! Eighty thousand people are expected to head into the desert for this year’s event. burningman.org 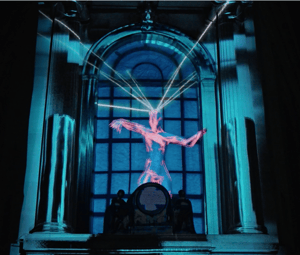 America’s self-proclaimed premiere projection arts festival Luma celebrates the intersection of art and technology. The event has already achieved a great reputation for its outstanding projection mapping artworks (take a look as "Shoulders of the Past" for example by Light Harvest) where the focus is on storytelling. lumafestival.com

The “Circle of Light” Festival already has a Guinness World Record for largest projected image and an award for best cultural event of the year. The 2018 edition promises to be just as awe-inspiring including projections on the Bolshoi Theatre, the Museum of the Great Patriotic War, Grand Tsaritsyno Palace and the island at Grebnoy Channel. The Circle of Light also offers an educational program where light designers and video artists share their experience of creating large-scale projects. Like most light festivals, admission to the event is free. lightfest.ru

Billed as one of the biggest 3D video mapping shows worldwide, this international competition attracts 240,000 spectators to watch the 10 finalists project their shows on the Palace of the Parliament. imapp.ro

This annual 10-day event transforms Berlin into a “glowing stage and the landmarks, monuments, buildings, streets and squares become the stars.” The festival boasts over two million visitors and ranks itself among the top four such events (others are Sydney, Lyon, Moscow and Eindhoven). festival-of-lights.de

Thirty artists present their light artworks on a 5 km walking route through the city center of Eindhoven. From 45,000 visitors in 2006 to 740,000 in 2017, this festival seems to have really hit the spot. Trees, cubes, houses, offices, models, churches, domes… everything is a canvas for illumination or projection. Check out this time-lapse footage to get a feel for the event! gloweindhoven.nl 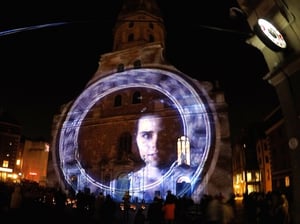 This festival is inspired by the Fête des Lumières de Lyon and debuted in 2017, attracting an estimated 500,000 spectators! The 2018 edition adds several landmark buildings to the event and will feature 15 artists. lumiereshk.com

Now in its seventh edition, the Amsterdam Light Festival aims to transform the historic city center into an open-air light museum. The light/projection artworks are tailor-made for the locations with around 40 artworks selected for display. This year’s event received 650 submissions from designers, artists and architects. amsterdamlightfestival.com

Bicentennial and rebranded edition of the i Light Marina Bay event which promises to be a real eye-catcher! ilightmarinabay.sg

This light festival has roots stretching back to 1852! Back then, the town was lit with candles and Bengal lights, nowadays this festival of lights claims to be “the world’s principal event for creative light displays” with installations from around the world. fetesdeslumieres.lyon.fr

Now in its 24th year, this event commemorates the Great Hanshin earthquake of 1995 with lights and projected artworks. kobe-luminarie.jp

This promises thousands of lights and 44 lit buildings! torontolightfest.com

White Night has become a concept and festivals can also be found at various locations, such as Kosice, Slovakia. whitenight.com.au

Check out some of the huge projection mapped shows from 2018 on the website. The festival takes landmark buildings in Sharjah as its canvas including the Masjid Al Noor, Sharjah Police Academy and Hisn Museum. sharjahlightfestival.ae
Photo Genes Peters & Sharjah Light Festival

Well worth heading over to the Klanglicht website to view some of the fabulous installations at the 2018 event. klanglicht.at
Lead photo: 3D projection Axioma by Onionlab at Klanglicht 2018, photo by LupiSpuma, see more from this show here.

Founded in 2005, the Mapping Festival is a multidisciplinary event dedicated to digital arts. mappingfestival.com

Watch this space for more info!

This 23-day festival brings the people of Sydney and tourists from around the world onto the streets of the city. The 2018 event attracted some two million spectators – and discussion on crowd control measures as the festival affects various locations in the city. The general advice is to go early in the evening, in the opening weeks and to use public transport. How it describes itself? “A magical celebration of light-design excellence and the world’s largest outdoor art-gallery.” Open for expressions of interest for the 2019 event now. vividsydney.com

Celebrating 10 years in 2019 and will once again light up Jerusalem’s Old City with modern light and projection art by local and international talents. lightinjerusalem.org.il

Watch this space for more info!

This event takes place every three years, so bookmark this website for details of the next event! The 2018 festival took place over a 6.6 km route with 37 light projects to be discovered. lichtfestival.stad.gent/nl