It's not graffiti, it's projection art: The LUMA Festival in New York 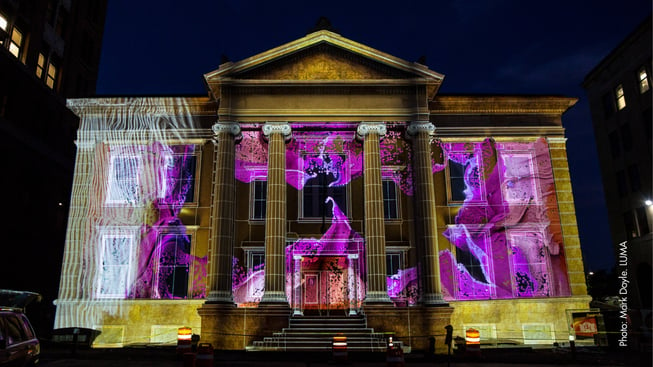 A small group of friends met up at a fine arts gallery in downtown Binghamton, New York to play around with an idea. Knowing almost nothing about projection-mapping they did know that the results were pretty fantastic and they wanted to learn more about it.

Over the course of the next few months an assorted group of engineers, creators and techs began to research, experiment and plan. LUMA Projection Arts Festival was born from the dream and is on its seventh year.

I have never really written a lot about the types of tech art that are coming to the forefront of the art world these days; videos, digital, immersive and projection are all a part of it. I found myself very interested in an email I received about the festival and was fascinated with the colors, patterns and stories behind the creations. Let’s take a deeper look at it in this post.

Binghamton, NY, is near the Pennsylvania border, lying on the hilly terrain of the Allegheny Plateau at the juncture of the Chenango and Susquehanna rivers. It might seem like an odd place to choose but IBM (who is an avid supporter and sponsor) was founded nearby and the flight simulator was invented there. They kind of have a techie history, ya know?

LUMA has an incredible staff that quickly outgrew the little downtown gallery where it began. Founded in 2015 by an event planner, a street photographer and a film editor, their peeps now include animators, 3D modelers and motion graphics artists utilizing powerful projectors and 3D animation for a fun, colorful one-of-a-kind visual and musical experience.

It is considered to be the country's top festival of its kind happening over the course of two days during the cool dark evenings of September. 2021 dates will be September 10th and 11th with a rain date of September 12th should it be needed.

Shows run in a continuous loop lasting around an hour and a half beginning at 8:30, 9:45 and 11:00. If you don’t mind crowds, come early; if you do, come later when the crowds will be thinning out. LUMA’s founders believe that artists should be allowed freedom to be playful and creative so interesting things happen every year.

They have included operas, artificial intelligence, live motion actors and world class musicians and symphonies in the past – who knows what they will do next! Most of the elements of the show are free to try to make these artforms accessible to the general public.

Over 30,000 attended the first year and the festival has continued to grow and offer more and more complex forms of all things artsy with technical expertise and creativity. Go online to register and book your ticket here for 2021. Enjoy the video below for The Machine from 2018’s festival.

LUMA has the support of the county, city and state of New York. They represent hundreds of artists at the local level, across the US and internationally. As you’ll see when you watch their top-notch videos, music is just as big a part of the experience as the beautiful colors, shapes, stories, movement and patterns. Technology partners include Panasonic for projectors, Panavid staging and Show Sage for WATCHOUT media servers.

The festival has been written up to glowing reviews by some pretty well known outlets such as The Boston Globe (…expand your bucket list), The New York Times (..visually enticing…), VR Scout (..avant-garde vision) and Time Out New York (…all that tech-powered beauty).

Past artists and participating companies include the likes of Maxin10sity out of Budapest, Light Harvest from New York City, Ouchhh from Istanbul, Zach John Mulligan of Los Angeles, Onion Lab from Barcelona and local talent Lucem Picturae. 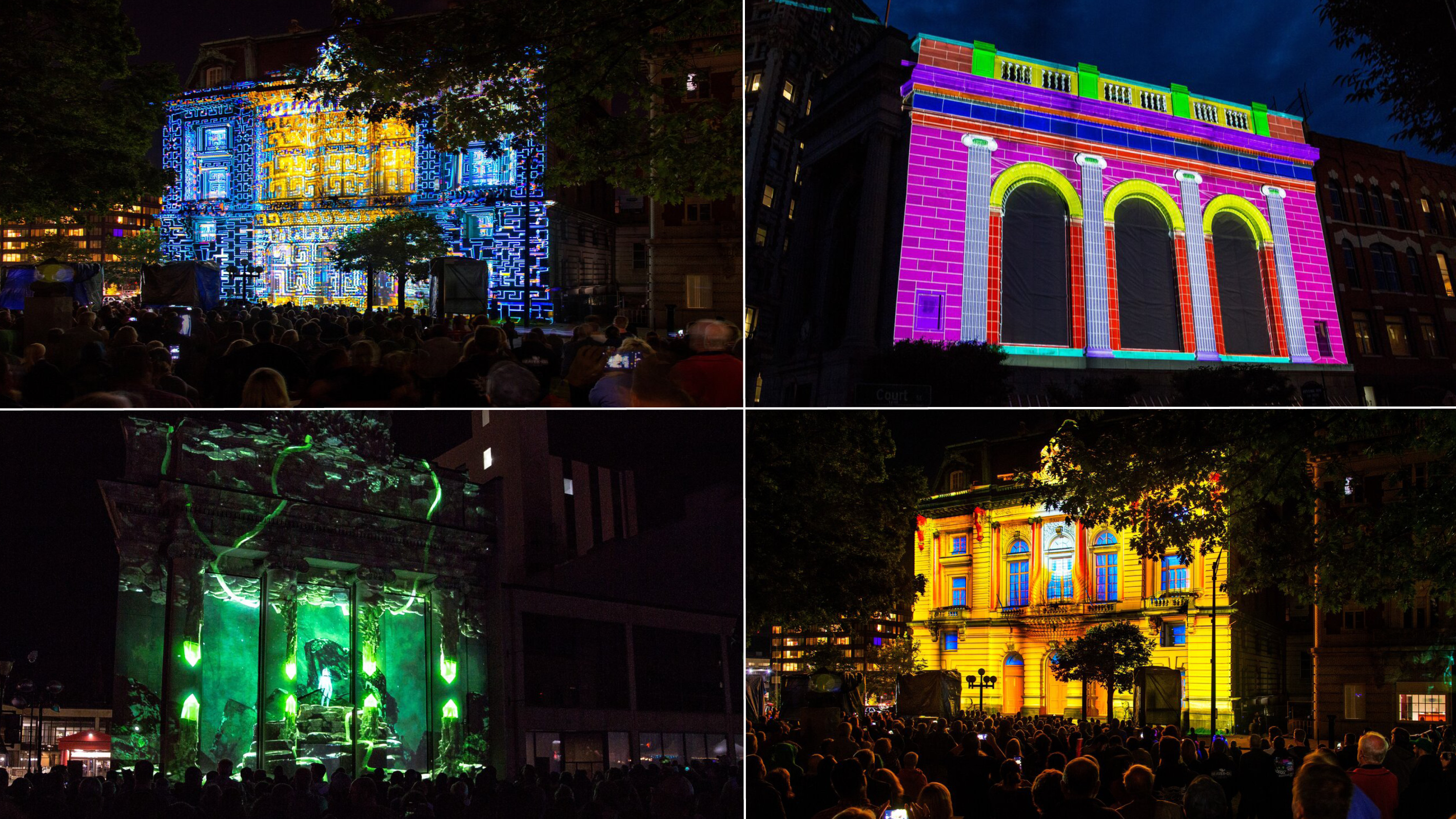 The 2018 show included Music from the Future with Eric Ross performing on the theremin along with dance by Atsuko Yuma and curated video projections by his wife, Mary. The theremin is considered to be the first electronic musical instrument that plays without actual physical contact by tracking with antennas.

Tansfiguracio was a completely immersive experience with a light show designed by Onion Lab of Barcelona and music from the Binghamton Philharmonic while Afterglow became the late night party to attend hosted by Cherry Blase with pop music beats and LUMA-appropriate drag fashion and performance.

In its fifth year of presentations LUMA returned Sight Unseen: A Lights out Dinner which was a hit in 2018. Servers with infrared goggles serve four-course meals in pitch-black dining rooms at participating restaurants around town. It is said that when you lose one sense the others are heightened so folks turned off their phones and enjoyed a delicious memorable meal in the dark!

Maxin10sity brought a spectacular presentation in the form of Pandora’s Box which you can see in the video above. A tiny 2,000 year old box contains the world's misery and the story comes to life on a five-story building.

Tickets for $7 were sold to see the unbelievable presentation called The Challenge by Freckled Sky from Chicago who were an audience favorite on America’s Got Talent. Based on a fable about a young hero with supernatural abilities, the state-of-the-art projection with live performers was both engrossing and mesmerizing. (See more from 2019 on LUMA's Vimeo channel).

COVID brought its own set of problems as LUMA tried to plan for 2020. In a pandemic, how do you present a show that requires crowds and a presence to really get a sense of the magnitude of what you are experiencing? During the spring it seemed impossible to do in a safe way for performers and patrons.

Then supporters had to withdraw funds for a show that was reimagined for the fall just when the arts were suffering and needed the most. Miranda: A Steampunk Theatre Experience was born in conjunction with Tri-Cities Opera and Opera Omaha; developed for a variety of ways to view and experience. Check out the promo on You Tube for an idea of what you missed last year…

LUMA continues its focus on combining creative storytelling with higher and higher standards of technological expertise. Three of my picks for the features set for 2021 include:

Expect a return of the Lights out Dinner and the Cherry Blase party, too, I suspect along with lots of new things never tried before as LUMA continues to expand and research ideas for projection art.

I believe this is one of the most unique art experiences I have ever seen. While I was somewhat a techie non-believer when it came to this area of the arts I have been convinced; there is a place for the joining of art and technology in the ever more innovative world we live in.

These projections have a story to tell and allow the person viewing to interpret it in different ways – the same as any painting ever painted. I love how they have worked to weave other platforms of the arts into what they are doing, from opera to symphony to live performers with the emphasis given to music.

In short, I agree with one of my fellow reviewers that this just might be a thing to put on your bucket list. So get your tickets and plan a visit to the LUMA Projection Arts Festival, OK?

Previously published on ArtsyChowRoamer, an arts, food and travel website for the curious! Follow the link to join the tribe! 😎

A beginner's guide to AV

What every media server operator should know

Why is projection mapping so popular in events and marketing? 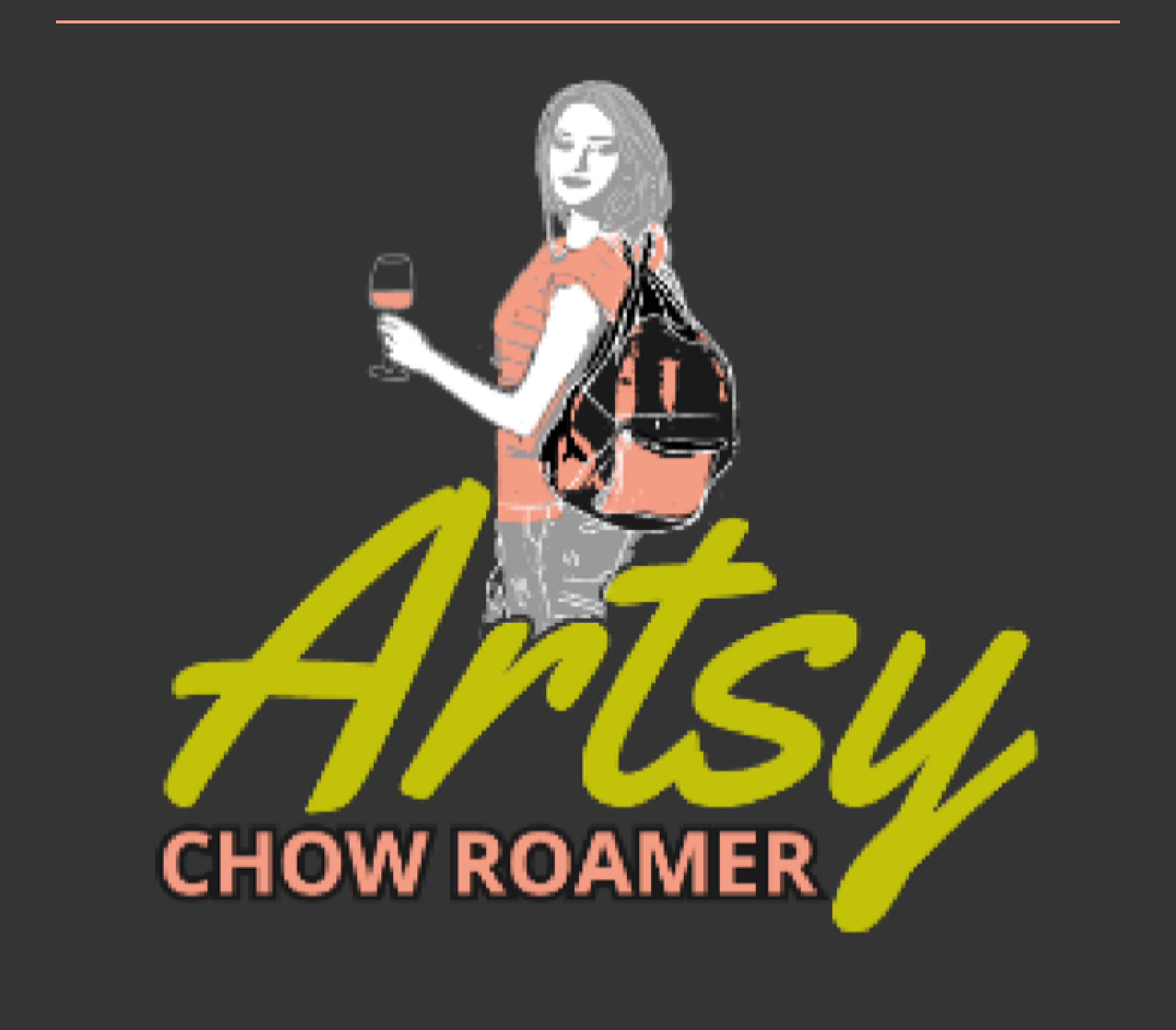 Artsy Chow Roamer is a US blogger and newspaper columnist on a mission to help the curious discover adventures in art, food and travel by providing practical tips and inspiration! Find out more at ArtsyChowRoamer.com